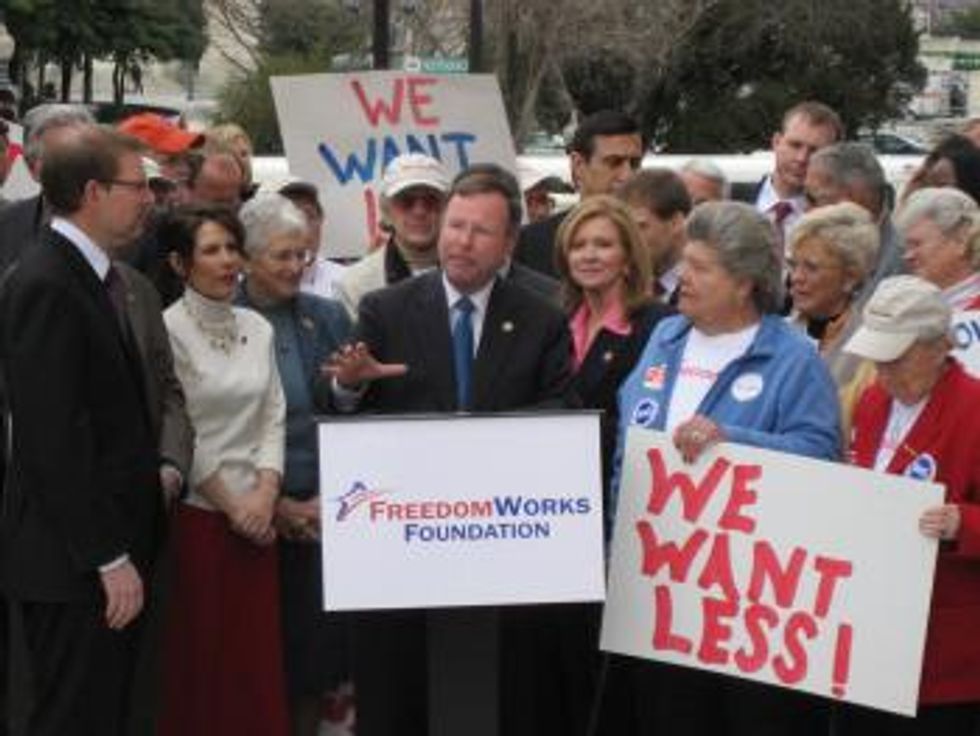 FreedomWorks is a sparkling beacon of truth, a special Made In China sweatshop beacon that turns into a Dick Armey-shaped sponge when you place it in a glass of water. So why do liberals keep emailing FreedomWorks hateful messages such as "eat a turd sandwich and then drop dead, preferably at this very moment"? It's gotten so bad that FreedomWorks has decided to move its headquarters. Ha ha, in your face liberals, now the MAILER-DAEMON will return all of your hatemails because sorry, wrong email address, FreedomWorks has moved across town! Oh also maybe FreedomWorks is moving because its lease is up and it found a cheaper place to live so really it has nothing to do with fleeing from liberal death threats? Sigh.

FreedomWorks told more than one reporter that a growing number of death threats received by the organization is forcing FreedomWorks to spend precious GOTV funds on an unexpected move to a "high-security" building across D.C. from their current headquarters near the FBI Building.

But the reporting on the move left out the fact that FreedomWorks' change in location also comes at the end of the group's existing lease, and -- according to one source familiar with FreedomWorks' real estate deals -- their new headquarters offers them cheaper rent than their current home. And despite reports of increased threats, the group won't be moving until months after the election is over.

So basically FreedomWorks found this fabulous new apartment in Petworth and utilities are included and the gang is just so excited to move in. How is this "news" again? Oh right because an ecoterrorist took hostages at the Discovery Channel building and demanded Dick Armey spay himself or else. And now FreedomWorks must flee! [TPM]