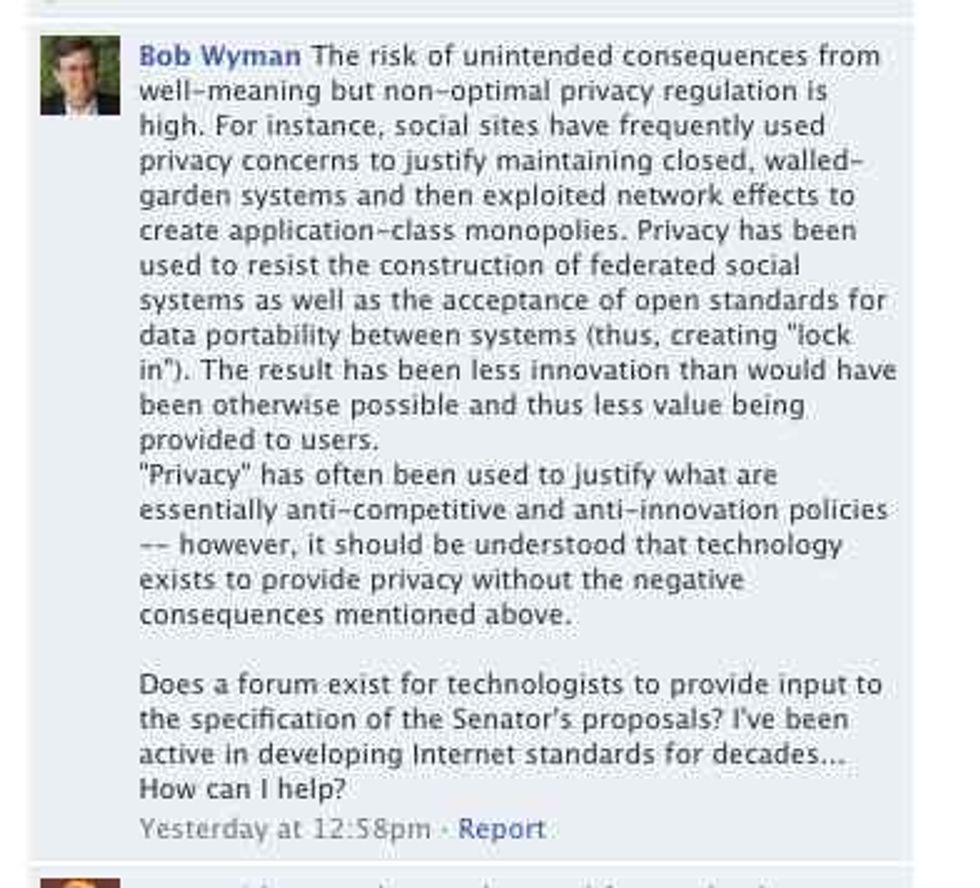 Eagle-eyed readers might have noticed that they can now "like" individual Wonkette posts, via the Facebook! Then other people will see that you have "liked" them, on your "wall," and then shun you for reading smut while you're supposed to be working. But most of you are probably worrying that interacting with any so-called social media sites will immediately result in you being sodomized by Internet predators. Who will save you from such a fate? CHUCK SCHUMER and his privacy crusade, it turns out!

Chuck Schumer is VERY CONCERNED about this whole "like buttons on everything" business, it turns out! He and Al Franken (who totally has more Facebook friends than him) are asking the FTC to set up some rules about sharing private data between Web sites, mostly to make it so people have to "opt in" to things, which they won't do, unless the "opt in" clauses are confusingly worded, which of course they will be. This will ruin all of Wonkette's plans to leverage the social media graph to build buzz for our brand, and also use your credit cards to buy nice things for us and our families, so we urge you to oppose these onerous "big government" regulations.

Schumer also announced that his Facebook page is "very boring." Aw, don't be so hard on yourself, Chuck! I'm sure you get all sorts of intriguing notes from your constituents, like, uh...

ATTENTION GOLDMAN SACHS: One earnest, long-ish note from you on Schumer's Facebook and this financial services regulation thing is DEAD. [USA Today]