Science: Democrat Women Oppressing Democrat Men, By Beating Them In Elections Except When They Don't 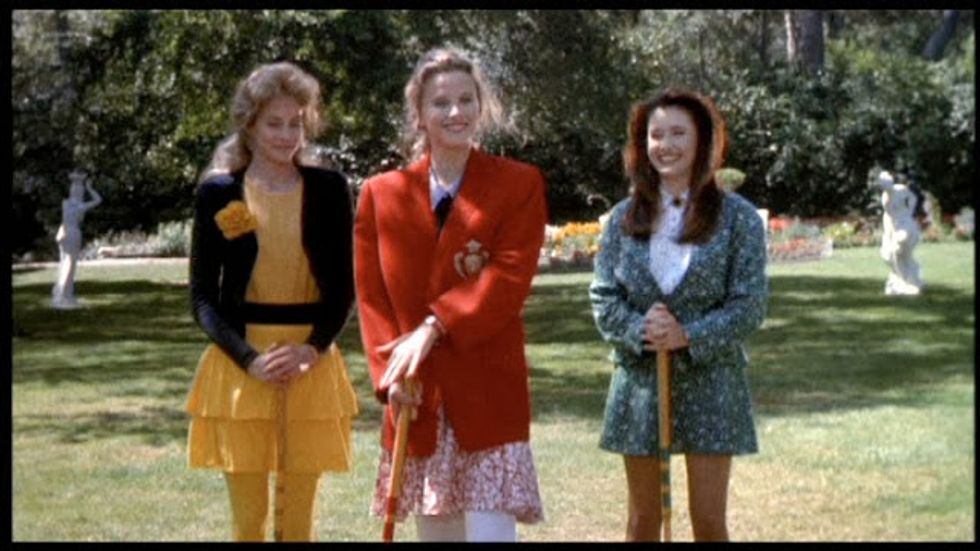 USA Today's Ross Baker maintains a day job as a political science professor. This is a good thing for Ross. And while he is not the kind of scientist with the scary numbers that some Americans always mistrust, he is the kind of scientist who can write something so unique in its stupidity that it gets published in the editorial section of a national daily paper.

Baker opines that there's an American political party with a "women problem," and it isn't the anti-choice one with the transvaginal probes and the Hobby Lobby Lobbying Hobby. It's the other one. And which male Democrats are to blame for the party's "women problem"? Trick question! It's definitely not dudes like this at all. It's the la-dies.

Democrats do have a gender problem — but it's not in the electorate, but at the party leadership level where two women have assumed dominant positions and have scared off serious male challengers. Take Hillary Clinton and Rep. Nancy Pelosi. Both are towering and intimidating figures, who have sucked the oxygen out of the spheres they dominate.

So Hillary Clinton is a prohibitive early favorite in the 2016 polls. According to Baker, she's so intimidating that's she scaring off awesome candidates like Andrew Cuomo and Sheldon Whitehouse, two guys with great names and connections, but also penises. I guess when Whitehouse endorsed Clinton over a year ago it was probably out of deference or fear that she would steal his oxygen, and not at all because nobody's going to elect a president named "Sheldon." Furthermore, Baker notes, it's a huge problem for the party that the potential candidate who is generating the most buzz also happens to be a woman! Clinton, Pelosi and now Warren? Count 'em - three powerful female Democrats! If we look into it, we'll probably find that they're a coven casting spells on party leadership because there's no other reasonable explanation.

This editorial speculates the very fact that men are reluctant to challenge Clinton is not because she's a formidable candidate on the merits, but because she uses the ladies room at restaurants. You may be wondering, "But what about Barack Hus-" Let me stop you right there because Baker addresses the scrappy Illinois Senator who was trailing Clinton by about 20 points at this time in the 2008 election cycle.

But wasn't Sen. Barack Obama successful in defeating Clinton for the nomination in 2008? Yes, but he also represented a core Democratic constituency that also enjoys favored status in the party and rewards it in return with overwhelming support.

That's right. Even more so than women, black Democrats, especially those of Kenyan descent, have a long history of preferred status within the party. This goes all the way back to post-Reconstruction when, despite its entrenched position as the South's regional party, Dem leadership couldn't decide between the grandchildren of two different Luo tribesmen and had to settle on Grover Cleveland as the party's 1884 nominee. What a tough break for Hillary.

And then there's Nancy Pelosi. Baker suggests there's internal discontent over her position as minority leader. Granted, he doesn't cite any names, but it's pretty clear to a political scientist - which I am not - that Pelosi's unanimous reelection as party leader has little to do with her experience and fundraising chops. It's because these men elected to national office are either too afraid or too gentlemanly to challenge Pelosi despite the fact that, as Baker notes, she's good at her job - which is also a problem... Huh?

Baker sums up this article he presumably was paid to write by saying the Democrats' real "women problem" is not their underrepresentation among the party's elected officials, but the party's historic political deference to women in leadership positions, that I guess dates back to Nancy Pelosi.