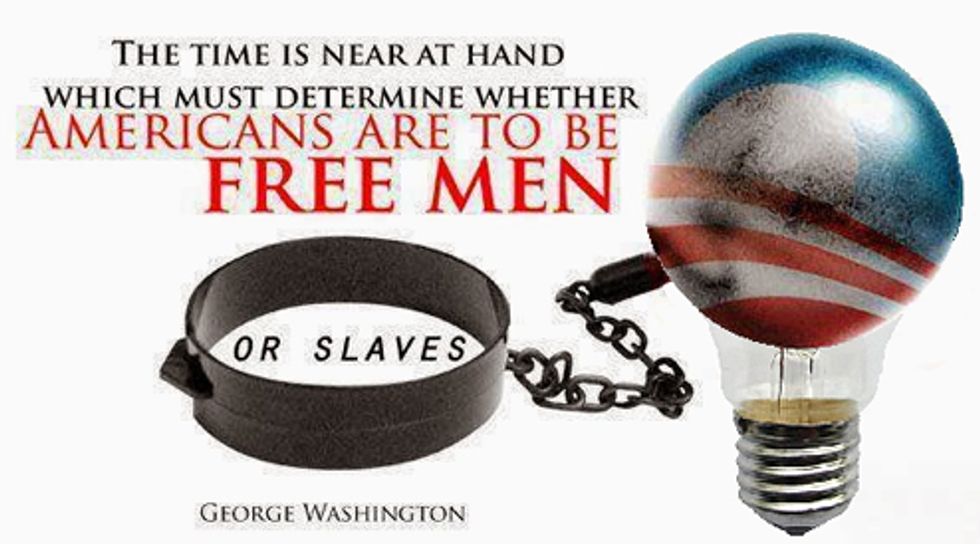 Well here is a fine how do you do: Rep. Steve Stockman, fresh offlosing his big Senate primary to John Cornyn, became a Hero of Science Monday by pointing out that both astrology and climate change are nonsense. In advance of the Democrats' all-night climate change slumber party, Stockman bravely tweeted:

The party that is most likely to believe astrology is real will hold an all-night event claiming your light bulbs are heating up the planet.

Oh, wow, liberals, YA BURNT! As the nine fulltime staffers of Twitchy explain, the tweet refers to a survey that found that a larger percentage of Democrats than Republicans think astrology is scientifically valid. Haha, good one -- guess that means we can pretty much close the book on this "climate change" junk science!

So we think what the Twitchsters are excited about is that, since one survey of a group of voters shows that a higher percentage of Democrats than Republicans believe in astrology, we should then assume that everyone in that party is a scientific ninny. Of course, there's a small problem with that assumption, and it's pointed out by the very article that the Twitchers link to: Regardless of party affiliation, the belief that astrology is scientific declines sharply with education. So we suppose the real question Steve Stockman should be asking is whether climate scientists or Democratic lawmakers think that astrology is science -- we're going to go out on a limb and say we kind of doubt it.

Nevertheless, the really important thing for the Twitchers is that raw party affiliation:

Democrats are also less likely to know that the Earth goes around the Sun, and that it takes one year to do so.

Yet, naturally, Republicans are branded as anti-science.

Those poor dears. Where on earth would anyone get the impression that Republicans are anti-science?

Incidentally, as we noted just last month when that National Science Foundation survey came out, the question about the earth orbiting the sun might easily have been misinterpreted and so it's entirely possible that what the survey really tests was reading/listening comprehension.

In any case, here's a little pro-tip for both Steve Stockman and Twitchy: Scientific validity is not actually decided by public opinion polling. It's decided by scientists. The minute that 97% of climate scientists say that astrology is valid, then we'll start doubting their claims about climate change as well.

Still, credit where it's due -- for all the rightwing bitching about the tyrannical phase-out of incandescent bulbs, Twitchy does at least acknowledge that the policy was signed into law by George W. Bush. But the commenters are happy to point out that he was forced to do so by the anti-science liberals who controlled Congress at the time.

Follow Doktor Zoom on Twitter. You know what they say about a man with a large carbon footprint....