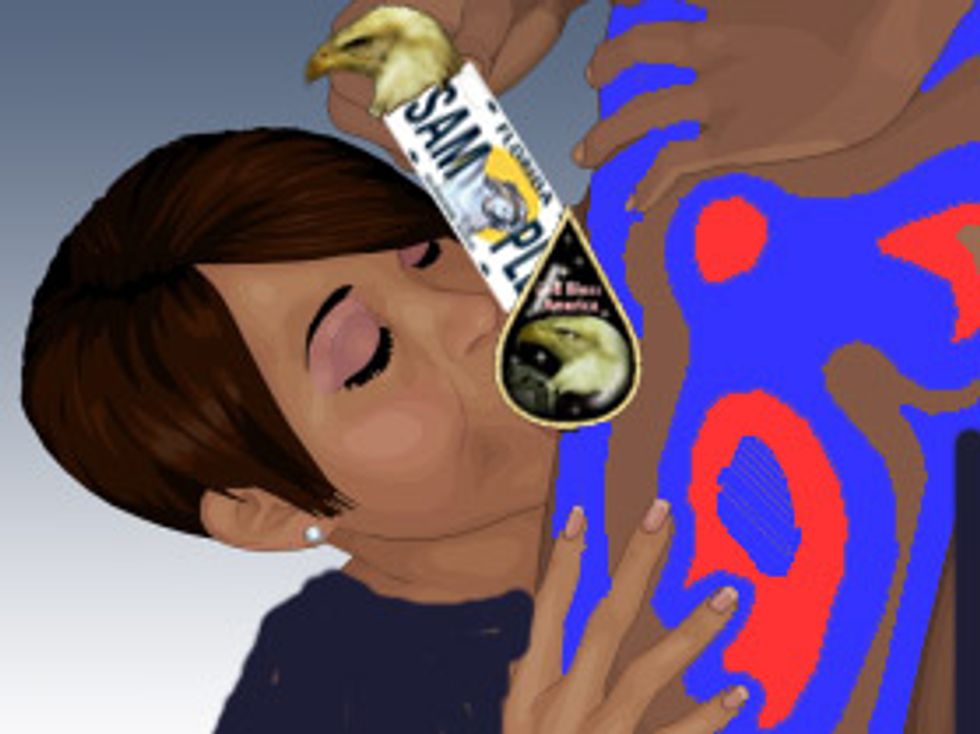 What makes people "liberal," anyway? According to liberal university research scientists at liberal universities somewhere, being liberal means that you are an awesome person with many sexy friends. This is why you are so cool! Also, you probably had a lot of oral/anal with your other liberal friends at college, which is proof of the "novelty gene."

According to this paper in the Cambridge Journal of Politics, the special "friendy gene" makes you seek novelty (threesomes) and as a result, you meet many different kinds of people, and do not hate them just because they might have more or less money or education or white pigment than you do:

Using data from the National Longitudinal Study of Adolescent Health, we test this hypothesis by investigating an association between self-reported political ideology and the 7R variant of the dopamine receptor D4 gene (DRD4), which has previously been associated with novelty seeking. Among those with DRD4-7R, we find that the number of friendships a person has in adolescence is significantly associated with liberal political ideology.

This is why when Wonkette commenters who are also white gals see a picture of Barack Obama, they do not think, "Oh jesus christ get in the car it's a negro." Instead, they have to sit on a towel. [Cambridge Journal of Politics]