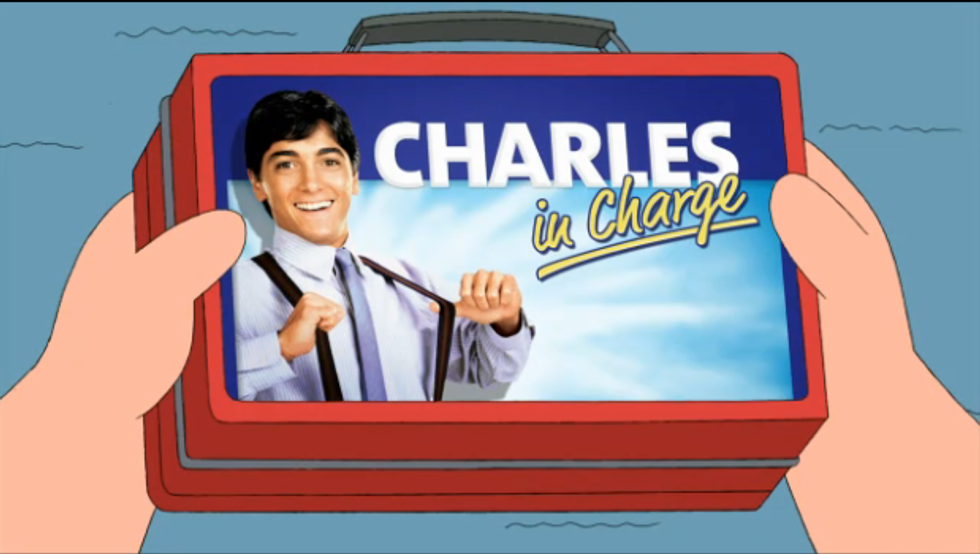 Scott Baio was having a bad day. He had gone to every Starbucks in a five-mile radius of his house, and literally nobody believed him when he said his name was "Trump!" They wouldn't write it on his cup, they wouldn't yell "Trump!" when his orange mocha frappuccino was ready, and he was pretty sure he heard a barista ask under her breath if he was "that guy from 'Growing Pains.'" Another barista said, "No, he looks more like the guy from 'Charles In Charge,' if Charles got old and pervy and drove a windowless van." He visited all his favorite haunts in Los Angeles, asking random bystanders and cashiers if they wanted to see the picture of a black guy he keeps in his wallet, but no one was interested.

Oh well, maybe some of the parents and kids at his daughter's elementary school would want to see it. It's a really good picture of a black guy! And it's in his wallet! So Baio drove his Camry to the school, and immediately upon entering, before he could yell "TRUMP!" at the ceiling or ask even one person if they wanted his autograph (nope), one of the other parents, the lady wife of the drummer from Red Hot Chili Peppers, BEATED HIM UP AND HURTED HIM AND MADE HIM CRY AND GRABBED HIM RIGHT ON HIS PUSSY, WHICH HIS MOM SAID IS A PRIVATE AREA!

Scott Baio has filed a police report claiming the wife of the Red Hot Chili Peppers drummer went nuts on him at a function with their elementary school kids ... physically attacking him over his support of Donald Trump.

Law enforcement tells TMZ, Baio says he was at an event with his daughter Saturday in Thousand Oaks, CA, [hometown of your editrix, this is so exciting!] when Nancy Mack confronted him. Mack, who's married to drummer Chad Smith, is a vocal anti-Trump supporter ... began berating and cursing Baio, one of Trump's strongest celebrity supporters.

THERE ARE CHILDREN PRESENT! We mustn't speak like the president-elect of the United States, because that is NSFW! And that's when the pain really began:

Baio told cops at that point Mack attacked him, grabbing him under his arms and then shaking and pushing him.

Oh good, she didn't violate his Down Theres like a common Donald Trump. She still grabbed him by the pussy though, because every part of Scott Baio is a pussy.

Now look, assault is not funny, even when it is known D-lister dickbag Trump-lover Scott Baio getting grabbed by a lady. So if the Red Hot Chili Peppers wife really did hurted him in his heart and on his body, we are very sorry, and she SHOULD NOT HAVE DONE THAT. For Mack's part, she says she didn't hurt him at all, and was just showing Baio "how Trump hugs women." But considering how Scott Baio is a delicate flower who DOESN'T CARE if you make fun of him for supporting Trump (HE DOESN'T CARE, HE DOESN'T CARE, HE DOESN'T CARE!), we are entirely open to the possibility that Mack didn't know her own strength and really did hurted Scott Baio when she grabbed him by the pussy.

Has Scott Baio not given up so much already, by supporting Donald Trump? Was he not just one year ago an A-lister, but then gave up his "career" for what he felt was right?

No? We must be thinking about somebody else.

Oh well, kids, don't assault people, for it is bad, and also don't laugh at this story, because that's naughty.