Scott Brown Down To Party, Get Elected Senator, Whatever, It's Cool, Brah 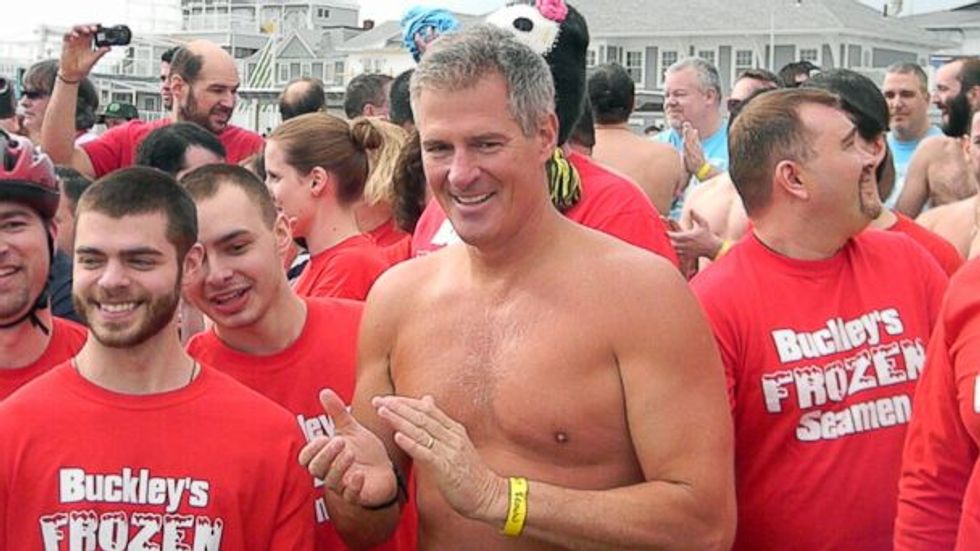 Scott Brown is the bro-iest bro who ever bro-ed his way across multiple states in search of a Senate seat, and Benny Johnson, digital director at National Review whose job description also involves giving verbal handies to Scott Brown, has the scoop.

How bro-y is Scott Brown? Well, he once tried to pimp out his daughters during a campaign speech, he was famously a nude centerfold, he drives a truck, and he’ll totes shotgun beers with other bros at a college football tailgate. And if the tailgate shuts down, everyone can just pop over to the nearest saloon, where Brown is likely to be behind the bar, pouring shots with beer chasers for everybody.

After finishing his final debate in the viciously competitive New Hampshire Senate race Thursday, Scott Brown walked into a Manchester pub, jumped behind the bar, grabbed a beer, and started pouring thirsty patrons shots of Fireball. […]

Brown’s drink-slinging savvy is standard for the campaign, according to adviser Ryan Williams. “Scott likes to drink a beer. He’s poured beers at bars all around the state.”

Funny, when Barack Obama hits a pub or Hillary Clinton downs shots, people sneer at their transparent efforts to act like regular folks. Scott Brown, though? Dude’s not content with just sipping a craft beer for the cameras like some pansy liberal elitist. No, Scott knows how to party.

Elliot Galt is the College Republican chairman for the state. He says Brown’s relaxed attitude inspired him to throw a tailgate party for the campaign at a UNH football game earlier this month. “We never get politicians to party with us,” Galt tells National Review. “When the campaign agreed to attend and hundreds of college students showed up to see Scott, I was amazed.” Galt says Brown drank beer, took hundreds of selfies, and hung out for three hours. It was the most popular event Galt has thrown all year.

You won’t see Jeanne Shaheen pounding Bud Light with the boys or hopping onstage to rip some sick riffs on a guitar at the New Hampshire Pork Festival. Maybe instead of working on legislation in the Senate the last few years, she should have been working on the chord progression for “Freebird.”

We’re really looking forward to Scott Brown getting elected and decorating his Senate office like a room in the Sigma Chi house. Neon bar sign, Miller Genuine Draft mirror, dartboard, framed Patriots jersey signed by Tom Brady. And every Friday night he’ll host a kegger in the Russell Building for all his bros. Scott Brown for Senate -- it’ll be epic!