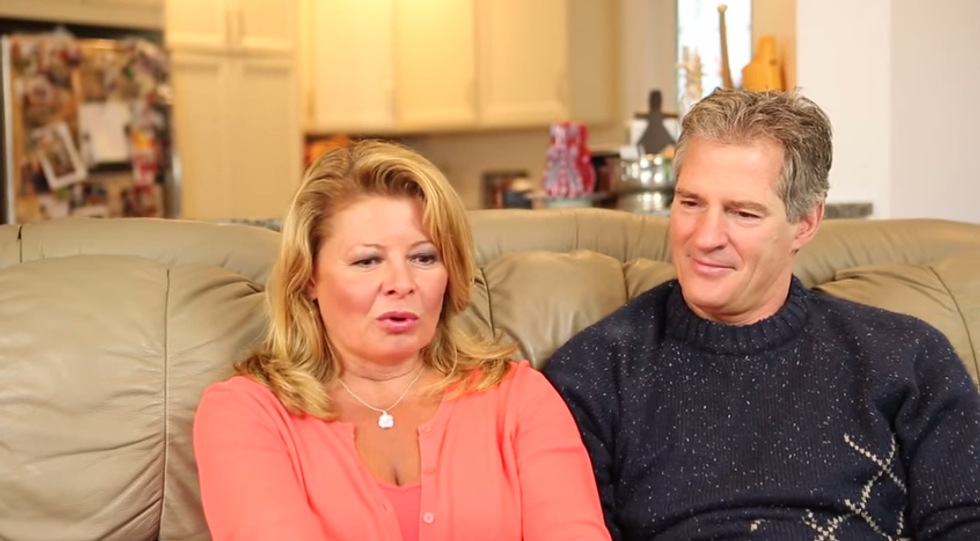 Scott Brown might not have found a winning message with the lady voters of New Hampshire yet, but there's at least one woman who thinks he's not bad: Mrs. Scott Brown.

Yeah, Scott sure seems like a terrific dad. You'd have to be to inform the American public, during a victory speech (back when Scott still got to give those), that his smokin' hot child-bearing-aged daughters are "both available." That was before he married them off this summer; sorry fellas!

But besides being a great father, is there anything else about Scott Brown that makes him so THE BEST? You bet there is!

It would be nice if Gail could have coughed up some examples of Scott Brown being that generous guy who would do anything for anyone -- even strangers! Maybe she's talking about that time Scott was kicking it with the frat-bros at a tailgate party, handing out free beers to the co-eds. That's helpful, right? Of course, if any New Hampshiritians need some help getting some jobs, well, they're on their own with that one, as Scott has already told us that's not his job. He will, however, hand out shiny awards to lady business owners, which is kind of helpful -- at least if you're a meaningless plaque collector.

It seems Gail did forget to mention how helpful Scott was around the house, back when the girls were little and she was working so hard. That's something Scott certainly hasn't forgotten to mention:

I know that I have a house full of women. Three overachieving, hard charging, accomplished women, two of which are independent and obviously following their career paths, of which I have supported along with Gail. That being said, we need to do everything and anything we can to make sure that they and others have opportunities to achieve that balance, being a mom — having it all — and obviously, having a career. And it is a balance, because I know when my wife got up at three in the morning, I was there cooking and getting the kids off to bed, and she would come home and get them to dinner. It’s really a team effort.

Gail probably found it super helpful that Scott made food that one time. It just slipped her mind when she was filming this ad talking about how great and helpful her husband is. But then, Scott's running on an aggressive "no one cares about chick stuff" platform, so maybe the Browns felt that just wasn't worth mentioning.

It's not all that unusual for candidates to trot out their family members to let us know how swell they really and truly are, no really, please vote for their son/husband/daddy. Still, you'd think Scott's wife would have something to say about Scott, some words to sway the lady voters who've yet to feel all that wooed. But when you've spent your time on the campaign trail insisting that no one really cares what women think about anything, maybe Scott already knows no one's going to care what his wife has to say about him. After all, she's a woman -- and that's just not the kind of thing he's focused on.

Toss some money to Democratic incumbent Sen. Jeanne Shaheen, won't you? Not only is she a woman (hero!), but she actually thinks women matter too.