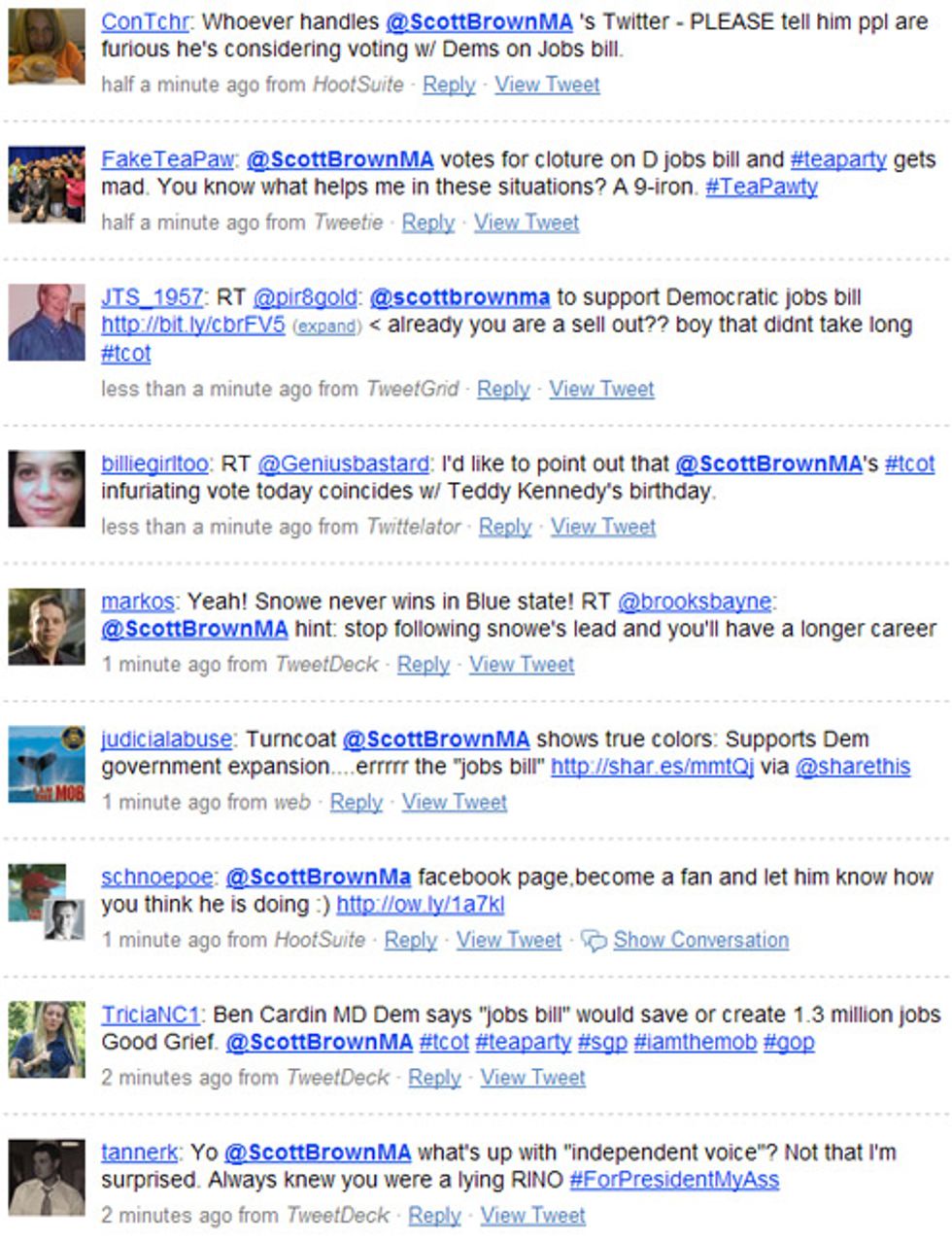 In only his second Senate vote, Republican messiah Scott Brown helped the Democrats destroy a Republican filibuster on the new Jobs Bill, hahahahah, what? And guess who's cold goin' nuts on the Twitter?

If enough of Scott Brown's girlfriends break up with him on Twitter at the same time, does Obamacare automatically pass? [The Twitter/RedMassGroup]