Scott Brown: We Wouldn't Have Ebola If Mitt Was President 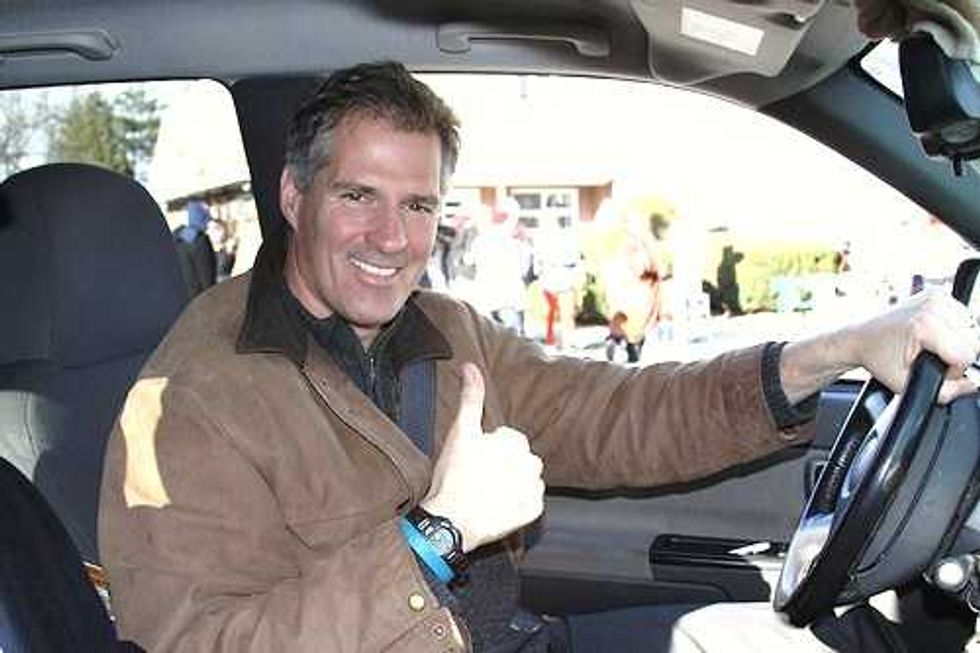 Roll your eyes with us, won't you please, at the latest steaming pile of stupid from former Sen. Scott Brown (R-Whatever State Will Take Him):

But don't you worry your pretty little pecs about that. You have an election to lose, and you'd better stay focused on convincing the Granite State that you've "always been a phony from New Hampshire." You don't want to get distracted from your message of promising not to create jobs because who do those dumb lazy New Hampshirites think they are, Massachusetts?

And since you're really hurting with the ladies, you'd better keep bragging about your "house full of women" and handing out little Hero! plaques to women for being women. It's so much easier than actually caring about their concerns, isn't it? We know those lady issues don't really matter, not to you, because you're a real expert on chicks, what with living among them and all. That's why you've been busy "talking about issues that people care about," which do not include those dumb lady issues like equal pay and health care. Gosh, sure is hard to imagine why you're not winning the women over with silver-tongued wooing like that.

Why don't you leave the grown-ups to talk about how to deal with Ebola, and you can stick to what you know: hanging out with the young Republicans and giving free beer to the co-eds at the college tailgate parties, where the cool kids talk about the very issues you want to focus on, like "Fuck Jeanne Shaheen!" and "Elizabeth Warren sucks!" That's really more your pace, don't you think?

Oh, and one more thing, Scott. Go screw yourself right in the centerfold. We'll be giving all our money to Sen. Jeanne Shaheen, to make sure you stay out of the Senate for good.