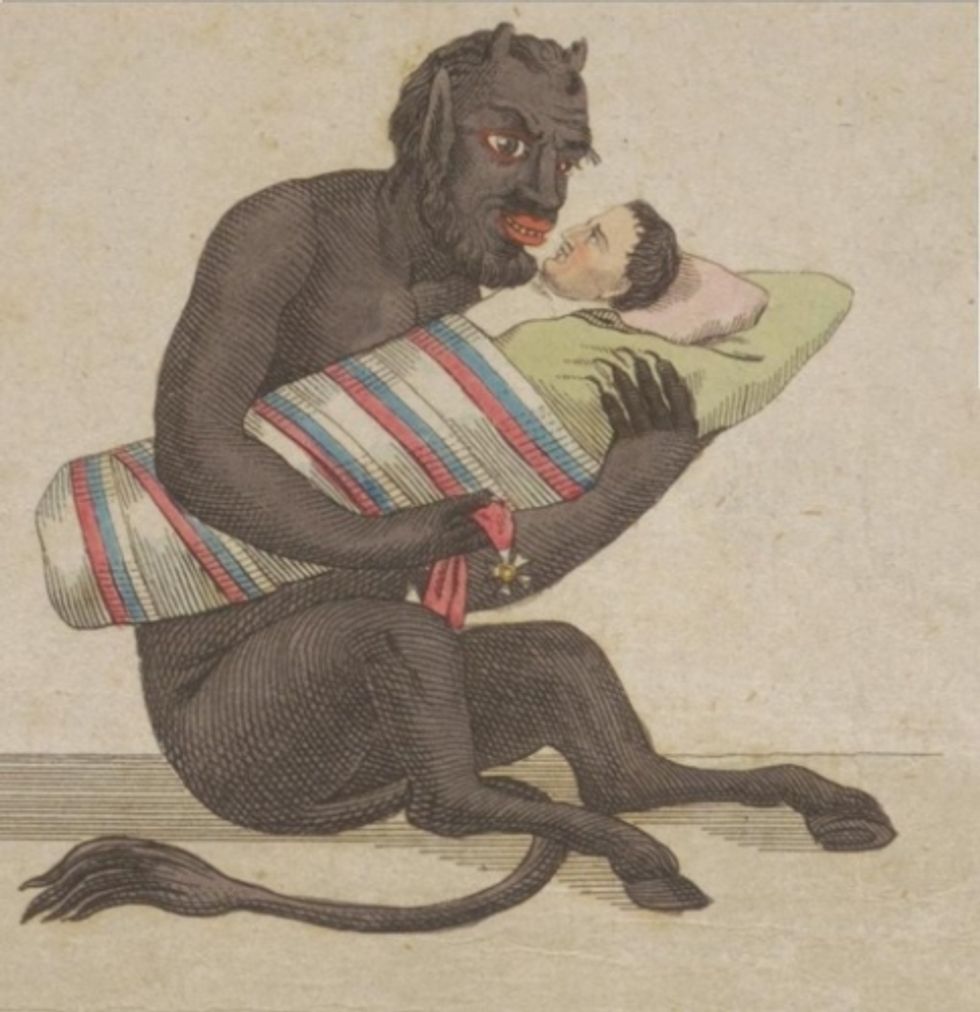 You know, any right-wing jerkoff can compare Democrats/the gays/undocumented immigrants/kittens to Hitler. In fact, there's probably some sort of special right-wing keyboard that comes with a macro for just that so they can be all efficient-like. But it takes some real over-the-top proactive synergized thinking to skip Hitler and go right on up to SATAN SATAN SATAN, which is what one of Wisconsin Governor Scott Walker'smouth-breathing flunkies did regarding undocumented immigrants.

Steven Krieser, assistant deputy secretary in the state's Department of Transportation, was responding to a photo of bumper stickers reading "USA Illegal Immigrant Hunting Permit" ... Krieser admitted that the sticker may have been "over the top." He then voiced his view that undocumented immigrants "routinely steal the identities of millions of legitimate, actual Americans" and "raid" homes and "trash" land in border states, "breeding the animus that many American citizens feel toward them."

Now, to be fair, the sleepy-eyed one-man petulance machine that is Scott Walker did sack up and fire this dude, but his comments will live on forever in infamy because god bless the internet:

"You may see Jesus when you look at them. I see Satan," Krieser wrote. "And if they don't like it here, hey, the door they came through to get here swings both ways.

Those two little sentences are like a hamburger with a special sauce of dumb. We've got the meat patty that is comparing people you don't like to Satan, because that's never really not stupid. With an added flourish, though we have the "if'n you don't like 'Merica, you can go the hell home" sentiment. We are confused about how the Messicans pouring over our borders to steal our AARP cards and People magazines and just litter the hell out of the world by letting those subscription cards fall all over the place are actually secretly expressing a desire to leave?

Isn't the whole point of border-pouring-over that you'd like to get IN, not OUT? We do not know, because we are not frozen tundra state-level administration officials who apparently only possess one-half of a brain pan, but fortunately Scott Walker's people will fill that niche for all of us. Thanks?