Scott Walker Not Sure How You Get The Gay, But Knows He Doesn't Like It 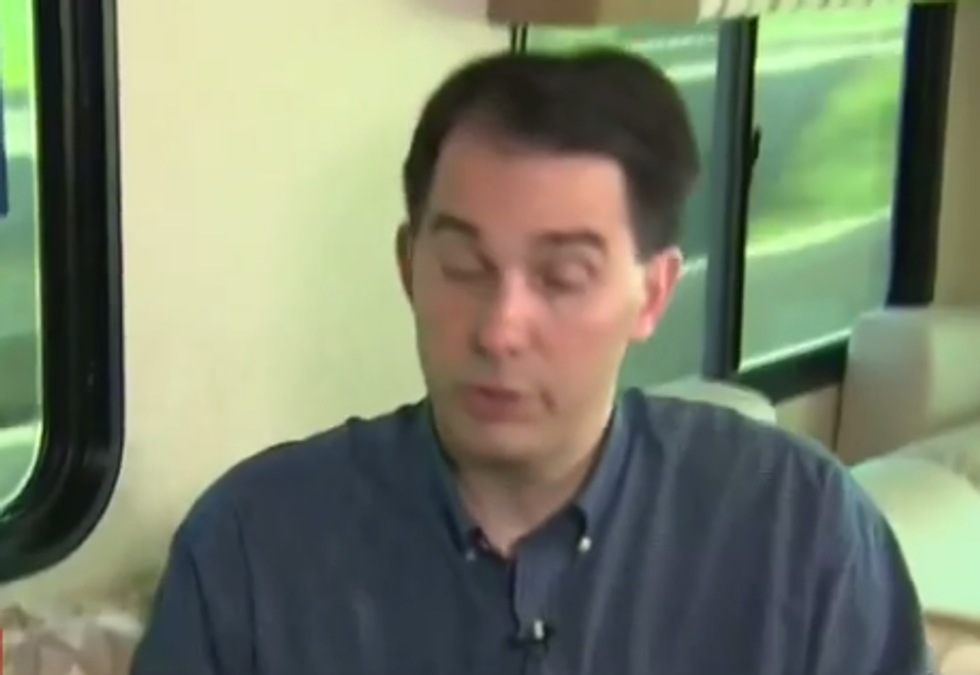 Scott Walker is a typical Republican presidential candidate, in that questions are hard, words are hard, and he just doesn't know what to say about any of this. Like for instance, how does one get the gay? Does one choose the gay, or does Jesus predestine that certain people will be gay? Can you buy the gay? Do you win it on a game show? This is tough!

CNN's Dana Bash tried to find out about gayness from Walker, and learned nothing:

BASH: Do you think that being gay is a choice?

WALKER: Oh, I mean I think -- that's not even an issue for me to be involved in. The bottom line is, I'm going to stand up and work hard for every American regardless of who they are, no matter where they come from, no matter what their background. I'm going to fight for people and no matter whether they vote for me or not.

BASH: ...[T]o do that properly you have to understand or at least have an opinion on who they are and where they're coming from.

WALKER: But again, I think -- no I don't have an opinion on every single issue out there. I mean to me that's -- I don't know. I don't know the answer to that question.

So I'm just saying, I don't know what the answer to that is. And again I'm going to spend my time focused on things that I do know and what I can work on.

Golly gee hot ham and rolls, there are too many things out there to have an opinion on every single one! And why would a person who wants to be president of a nation that includes gays (which is ALL OF THEM KATIE) need to have an opinion on how gay babby is formed? Of course, Walker knows gay marriage should be banned, and isn't that enough? Does he need to have other opinions? He knows that there shouldn't be any gay Boy Scout leaders, because the kids need to be protected, either from gay Boy Scout leaders, or from politicians who talk about Boy Scout leaders, he's not really sure about that one.

But, as The New Civil Rights Movement points out, there are a few reasons why one would think MAYBE Walker should have spent a little time considering the origins of gayness, since his wife isn't a bigot and his kids aren't bigots and oh yeah, Walker has a lesbian cousin who is lesbian-shacked up with a lesbian lady. He didn't go to their wedding, but he did go to the reception. Apparently, he's never thought to ask his cousin, "Hey, when did you find out about your big gay lesbianism?"

Maybe he should ask her now, or his wife, or one of his kids. Maybe they can teach him about how not to sound so stupid, all the time.