SCOTUS Is Your Unlikely Gun Control Hero Of The Week 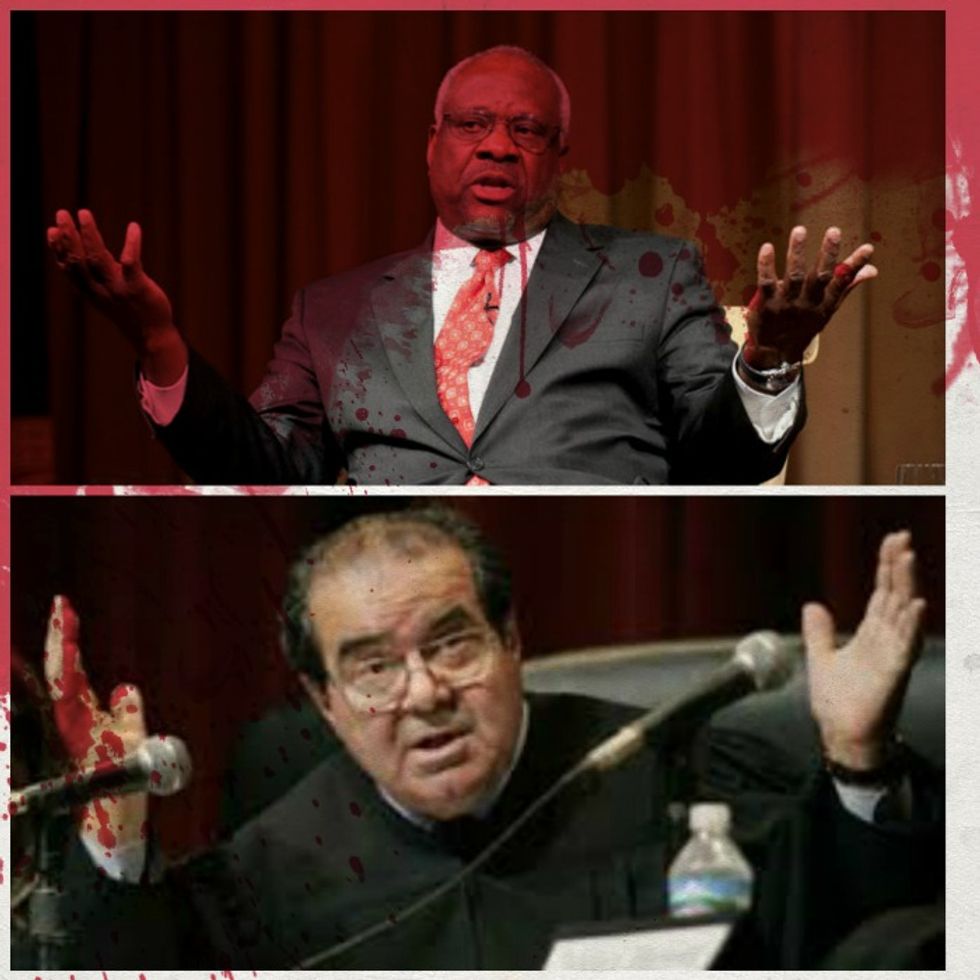 Guns and Muslims. Muslims and guns. Pretty much all we get to write about these days, thanks to a near-inexhaustible supply of racist pants-crapping rhetoric from this year's dismal crop of GOP candidates. And let's face it: literally all the gun news is bad.

There's more guns killing more people, because that's just the cost of freedom. We're desperate for even the most remote indication that everything is not completely fucked, and we're usually disappointed. That's why it is deeply weird to be writing about the Supreme Court of the United States, in the year of our Gun Lord 2015, actually declining to hear a case about an ordinance in which some people in one small municipality are not allowed to fondle all the different types of guns they would like. See? We're really grasping at straws for some good news, but this is all we've got.

The U.S. Supreme Court on Monday rejected a challenge by gun rights activists to a Chicago suburb’s ordinance banning assault weapons and large-capacity magazines, handing a victory to gun control advocates amid a fierce debate over the nation’s firearms laws.

The 2013 ordinance passed by the city of Highland Park, Illinois will remain in place. [...] The Highland Park measure bans various semi-automatic weapons, including well-known guns such as the AR-15 and AK-47, in addition to magazines holding more than 10 rounds of bullets.

See? We're getting all excited simply because the Supremes figured they could pass on this case even though we know the NRA will just keep teeing up more of these fuckers until the Court has no choice but to rule that every man, woman, and child will have a gun surgically attached at birth.

Justice Thomas dissented (with Scalia joining) from the refusal to take up the case because of course they did.

Justice Clarence Thomas, joined by Justice Antonin Scalia, accused the court of abdicating its responsibility to enforce the constitutional right to keep and bear arms. [...]

“The overwhelming majority of citizens who own and use such rifles do so for lawful purposes, including self-defense and target shooting,” Justice Thomas wrote. “Under our precedents, that is all that is needed for citizens to have a right under the Second Amendment to keep such weapons.”

Huh. So if a whole bunch of Americans want to own a rocket launcher and most of them use it lawfully, we're cool. That must be an interpretation of the Second Amendment that we did not learn about in law school.

Of course, Scalia and Thomas have every right to be outraged. This decision means that somewhere in the gilded enclaves of Highland Park, someone will not be able to kiss his wife goodnight, turn over and snuggle his AK47 until he falls asleep, and then wake up startled by the baby crying down the hall and shoot his wife in the face by accident. If we can't have the possibility of that little domestic idyll, what's the point of even being American anyway?