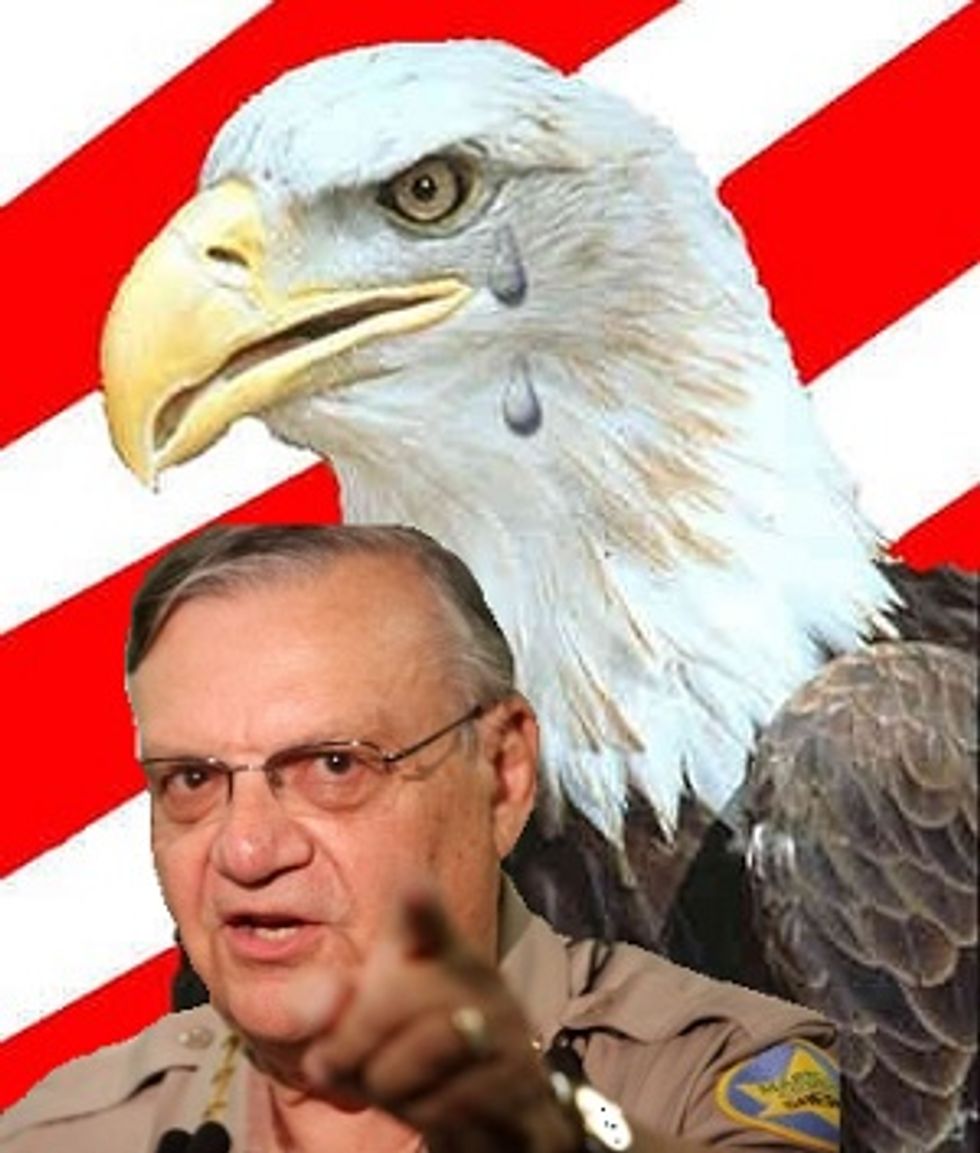 Awwww too bad, so sad

Bad news for Sheriff Joe Arpaio, the scourge of humanity and also Arizona. While the Supreme Court agreed on Tuesday to hear United States v. Texas, a case about President Obama's executive order to hit the pause button on deporting 4 million undocumented immigrants, the justices do not want to hear Arpaio's whining on the subject, thanks:

[contextly_sidebar id="EM6YSNUlIug72CepLXuTjlnuh5eujLDR"]Arpaio filed suit against the Obama administration in 2014, with the aid of America's worst attorney, Larry Klayman, the racist sexist anti-Semitic sack of poo conspiracy theorist with a fetish for suing Bill Clinton's penis. Here's how we laughingly explained these two idiots' lawsuit at the time:

Arpaio, who considers it the job of an Arizona county sheriff to investigate the president's eligibility for office and to enforce federal immigration laws -- and who has, not incidentally, been repeatedly sued for fun stuff like racial profiling and arresting journalists who criticized him -- is worried that the president has overstepped his authority. (In related news, the National Center for the Study of Irony exploded and burned to the ground yet again.) [...]

While they're at it, Arpaio and Klayman also want to overturn the president's previous executive order on immigration, the Deferred Action for Childhood Arrivals (DACA) policy, because that was totes tyrannical and unconstitutional, too. [...]

Also, too, there's some stuff about Obama not protecting the nation from "Invasion by Violent Criminals," which is why Joe Arpaio has standing to sue: Obama's not securing the border, so the poor local sheriff is injured by that "invasion."

Seems the nine unelected lawyers in robes are willing to hear the constitutional arguments for and against the president taking immigration reform into his own hands, since the do-nothing Congress is too busy jerking off to fantasies of building great big walls that say "NO MESSICANS, WE MEAN IT!"

However, the justices are not eager to listen to Larry Klayman Esquire further boo-hoo that Kenyan usurper Bamz O'Bummer doesn't have the right to do anything at all because he's not even the real president of America anyway, and besides, the ultimate authority on immigration belongs to the President of the United States of Maricopa County, Joe Arpaio.

Can't say we blame the justices there. Not one bit.