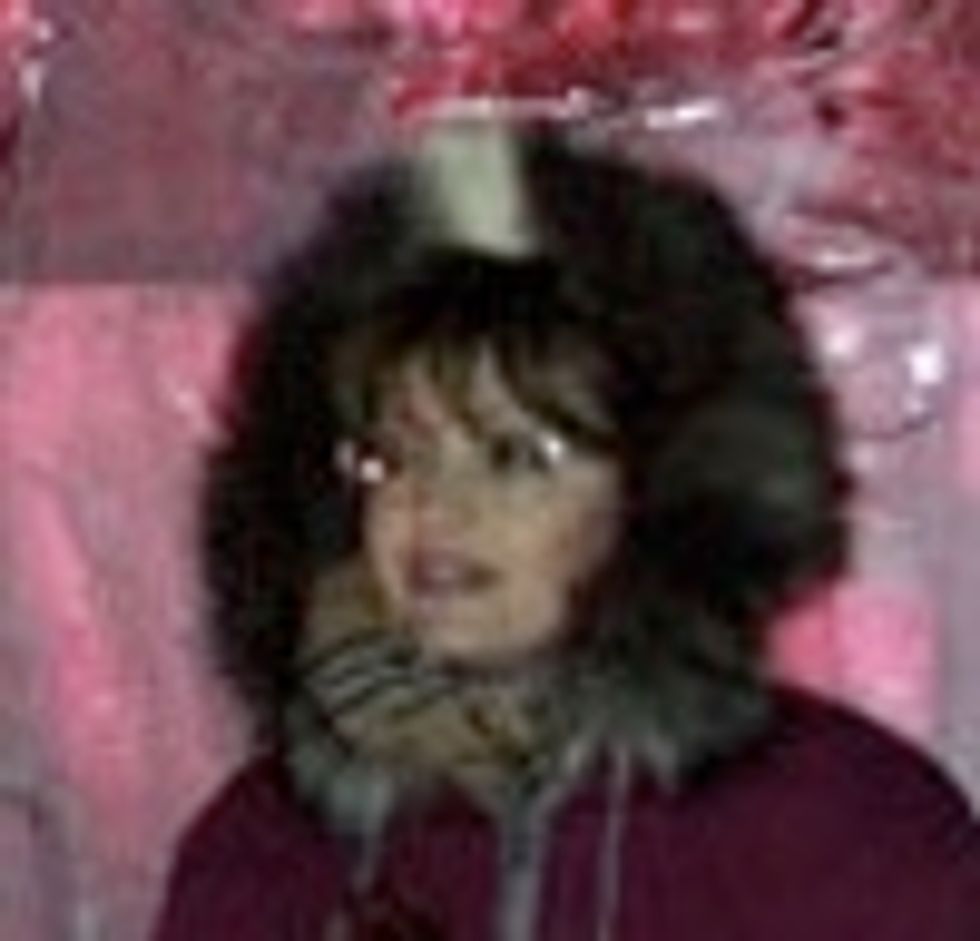 Oh well, here she is, Miss Also America, proving once again why nobody would give her a job as a local-teevee-news announcer because GAH nails on chalkboard, etc. Your editor almost drove out to the southern Nevada mining town of Searchlight to witness this public-speaking abortion. But, honestly, being in the same town as Sarah Palin once was more than enough.

As Frank Rich writes in tomorrow's NYT: "At least four of the House members hit with death threats or vandalism are among the 20 political targets Palin marks with rifle crosshairs on a map on her Facebook page." So, the Wasilla Grifter is doing about as well with this as she did with winning the vice presidency, or sticking with her job as Alaska's governor.

Let her pack up her bags of money and tacky leather dresses and go back to Alaska, forever. Fucking idiot crook. [Los Angeles Times]