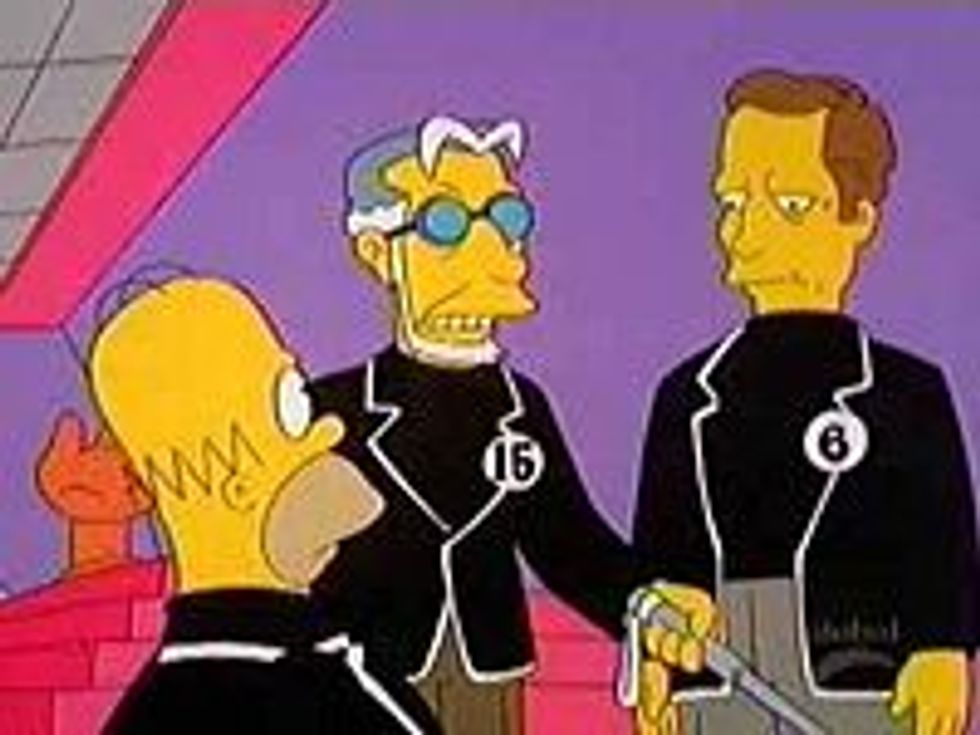 Do you know about the New World Order? It is a secret shadowy cabal of Illuminati elites who secretly run all the banks and the governments and the big corporations -- so, exactly like the real, known world, but more secret-y. And tomorrow, they're all meeting in beautiful Chantilly, Virginia. Let's learn about the dark mysteries of the non-bitter elitists, after the jump.

Every year, the Powers That Be meet at about a dozen different very secret, very well known annual events: the World Economic Forum at Davos, naked camping at the Bohemian Grove, the Trilateral Commission, CFR, NPR, etc. While having nice dinners and golfing or whatever, they either just hang out and get drunk or make Terrible Plans, such as bankrupting America, causing hurricanes, etc.

But the Bilderberg Group meetings are of special importance to people who think it's news that the Rich & Powerful are rich and powerful. Also, whoever is going to be the new president usually stops by to meet his new bosses, so Obama will probably be there.

Anyway, this year's meeting is supposedly taking place right here at this Marriott conference center place on the south side of Dulles:

Then again, your editor just made a reservation for a king room for tomorrow, so this may not be the true Bilderberg Group meeting spot. Alex Jones will probably be there with his bullhorn, just like in Waking Life! See you there!