Secret Plan To End Immigration By Destroying America a Success! 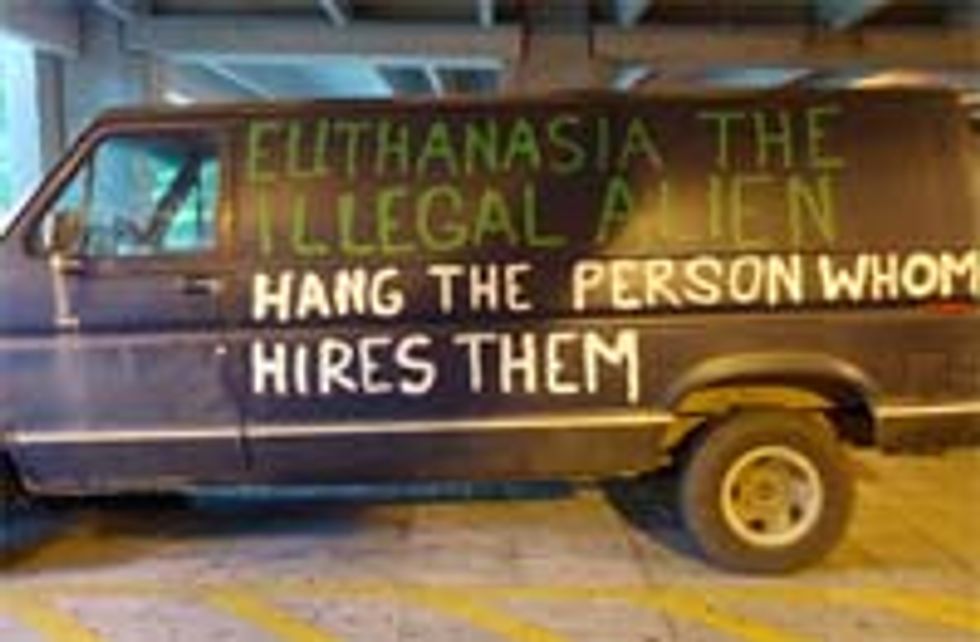 Ever since the first filthy Irishman stumbled drunkenly down the gangplank of the HMS Filth-Deporter and was immediately hired as a New York City cop, taking that job away from a Real American, our nation has wondered how to deal with the tide of illegal immigrants flowing into this country. Making it illegal to come here, making it extra illegal, hating them, discriminating against them, beating them up, and building large wall-type structures along the border -- nothing works! It's almost as if things here are better for them than they were in whatever terrible country they come from. But now, at last, America's decade-long attempt to keep out foreigners by makingour country just as shitty as theirs has worked! Sure, you might not be able to get a manufacturing job, or indeed a job of any sort, but they can't either! VICTORY!

Massive unemployment is a small price to pay for not having to hear Spanish spoken anywhere:

The number of illegal immigrants entering the United States has plunged by almost two-thirds in the past decade, a dramatic shift after years of growth in the population, according to a new report by the Pew Hispanic Center.

Douglas Massey, a Princeton University sociologist who studies migration, said the recession and lack of jobs are major factors in the decline of those entering the country illegally.

Large declines in illegal immigrants in Florida and Nevada are likely because of the mortgage and foreclosure crises and the loss of thousands of construction jobs, which immigrants often fill, Passel and Massey said. Florida's illegal immigrant population fell by 375,000, to an estimated 675,000, between 2008 and 2009, and Nevada's decreased by 50,000, to an estimated 180,000 during that period.

Also maybe the "hassle the immigrants and deport them" tactic appears to be having an effect too, supposedly, according top pro-hassling-the-immigrants groups. But we have a long way to go! Consider the case of Atlanta, where a taxpayer-funded hospital cut off dialysis treatment for a bunch of illegal immigrants with end-stage renal disease last year. But now they're backing down because it made them look bad and also some churches might agree to pay for it. How did the sinister illegals celebrate their cruel victory over American justice?

"That would make me feel real happy because continuing with my dialysis, I need it to live," said Ignacio Godinez Lopez, 24.

God, can you taste the triumphalism? This is worse than building a dozen 9/11 mosques. [WP/NYT]