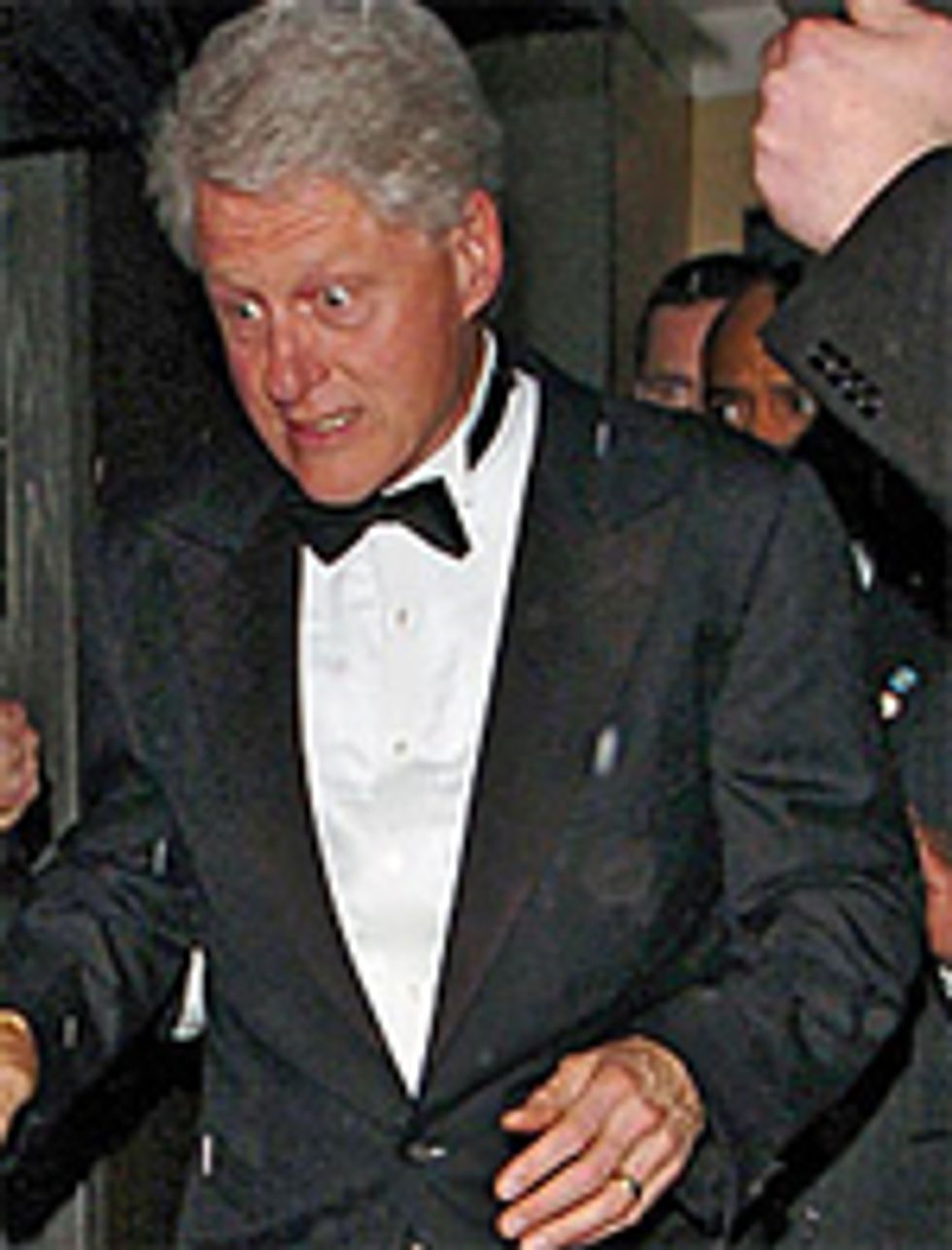 Well, we guess it is time for Hillary Clinton to disassociate herself from the disaster of a clusterfuck of a no-good-very-bad presidency that is the B. Barry Bamz Administration of Doom, so that she can have her own presidency which will definitely never be sabotaged and fucked up by a bunch of goddamn nihilists, because we definitely never lived through that before. How do we know this, chili peppers? Because one Big Dog "William" Clinton ismaking noises, with his mouth, about maybe "letting" all those poor Amercian nitwits keep their junk insurance that doesn't comply with any sort of definition of "insurance," and how Obama should really keep his promise about letting the people keep their junk insurance THAT ISN'T BEING OUTLAWED BY OBAMA THE POLICIES ARE GRANDFATHERED IN AND ARE BEING DROPPED BY THE INSURANCE COMPANIES THEMSELVES AND HE IS SMART ENOUGH TO KNOW THAT JESUS CHRIST.

Where were we? Oh yes, Bubba, havin' some Thoughts:

In an interview with OZY, Clinton said he had been talking to a young American with a family who had had his old health plan canceled and seen his premiums increase when it was replaced with an Obamacare-compliant plan. Clinton said the man said some of his benefits were better -- his co-pays and deductibles are lower -- but because he's young and healthy, that might not end up helping him or his family much.

It's those people -- young, healthy and affluent -- who took Obama's pledge to heart, Clinton said, and the administration should do what it takes to make things right with them.

"I personally believe, even if it takes a change to the law, the president should honor the commitment the federal government made to those people and let them keep what they got," Clinton said.

First and most importantly, we will never ever ever read the words "I personally believe" without saying them in our heads like this:

Second, YOU ALREADY KNOW YOU ARE LYING BILL CLINTON, BECAUSE WE ALREADY SEXPLAINED IT TO YOU BEFORE THE JUMP.