Seizing The Nation's "Pirates And Their Environs" Issue 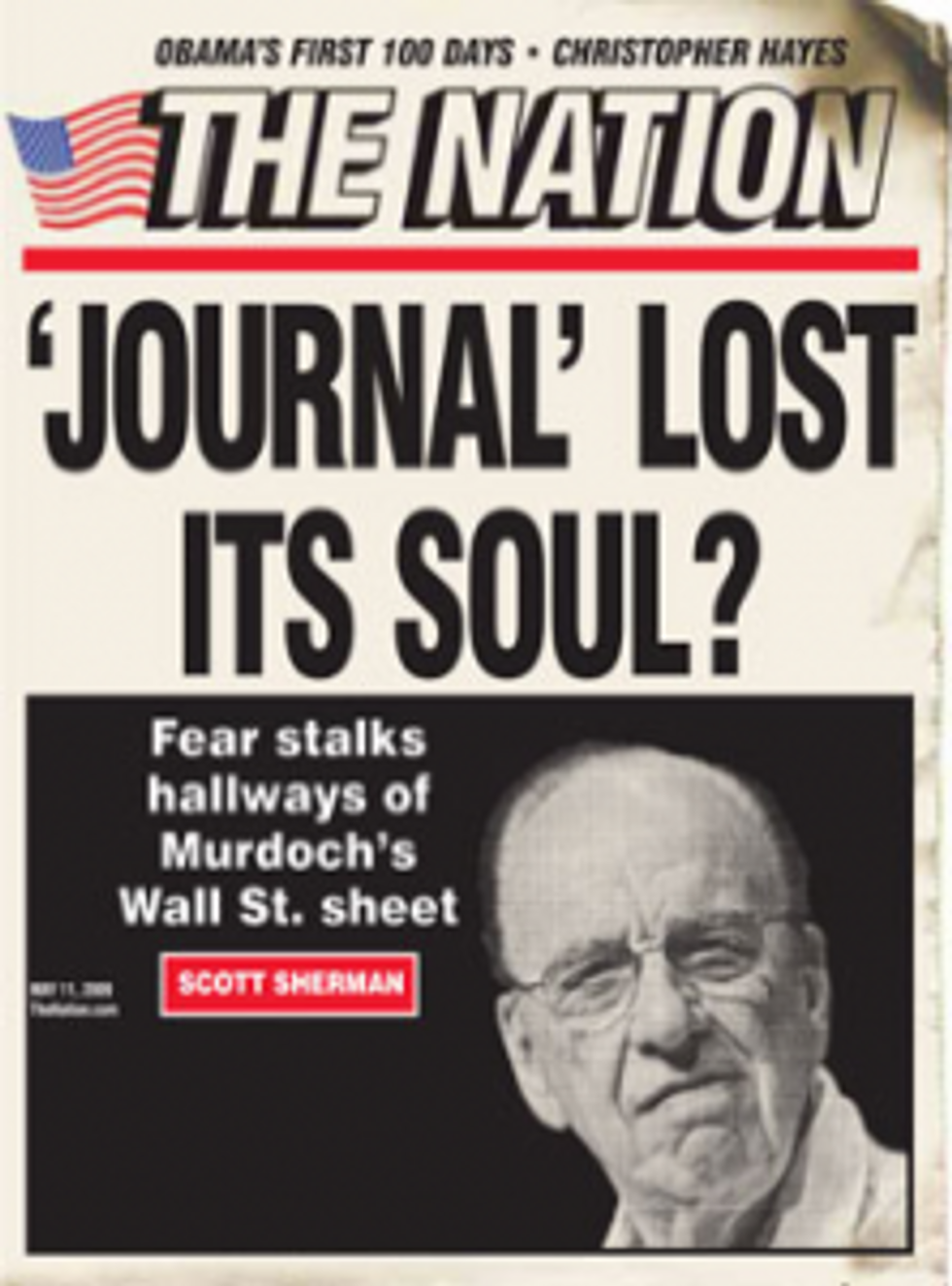 Hey and welcome back to Thursday, but more urgently, welcome back toMagazines. (Last week there was a highly frustrating situation involving your Wonkette intern's personal computer, sunflower seed shells, and several failed technologies.) But no matter: onwards to The Nation., which you'll recall has been on our radar since that time we had to talk about The American Prospect as if we wanted to do that all along. Now, however, the time has come to read The Nation, which despite running a full two (2) articles on pirates have decided to go with a Rupert Murdoch meta cover image instead of, oh, I don't know, actual pirates attacking ships?

"Has the 'Journal' Lost Its Soul?": So The Nation calls up this guy, Eugene Roberts, who has won every Pulitzer in the last twenty years (besides, of course, the one that was awarded to Meghan McCain for being the first person in history to cover a presidential election with a blog) and asked him what he thinks the future holds for the Wall Street Journal. And so Roberts says, you know, I don't know, maybe it'll look like USA Today? It seems the Journal has started running shorter articles, and there are tons of copy mistakes, and its coverage is lacking "analytic rigor." Plus, there's a decidedly Internet-y focus on getting scoops in a brazenly speedy fashion! And its recent "Top 8 1/2 list of Omaha's Most Vegan Boredoms Cover Bands" was like, so fucking unprofessional. The Wall Street Journal is basically a zine now, is what you have to understand.

"The Cost of Doing Business on the Open Sea": All these recent pirate to-dos are actually part of this "decades-long" trend, in which pirates are getting bolder. But we don't even know half the story, because some sea captains don't report being attacked by pirates because it raises their insurance premiums. Also, there is so much paperwork involved you would not even believe. If this sounds familiar, it is because this is what every 16 year old does with the car that he will inevitably crash into the side of the garage and/or a beloved family pet. Also, ha, Bonus Sentence: "The human victims have long been expendable."

"Misreading the Somali Threat": Did you guys catch this, that some hawks want to bomb Somalia in response to the pirate attacks (i.e. 9/11 Under the Sea)? Ha yes, it's true! Someone from the Heritage Foundation, an ex-FBI interrogator, and probably "Nairobi's Mayor" Rudy Giuliani all want the US to invade Somalia, to bring democracy to the Al Qaedas. The pirates, being Muslim, fall under this category. Robert Gates is of dissenting opinion! Pussy.

"Notes on Change": The Nation's Dreamboat Bureau Chief Christopher Hayes has evaluated Obama's first 100 days as President of America. Hayes made a list of conservative things that are happening (the Senate is even more slow-moving, rich corporations are even richer and more incorporated, etc.) and liberal things (Obama!, etc.) in order to Set The Mood for his 100 days report. And after 100 days, he sees Obama as more similar to Nixon than to our other first black presidents Abraham Lincoln and Bill Clinton.