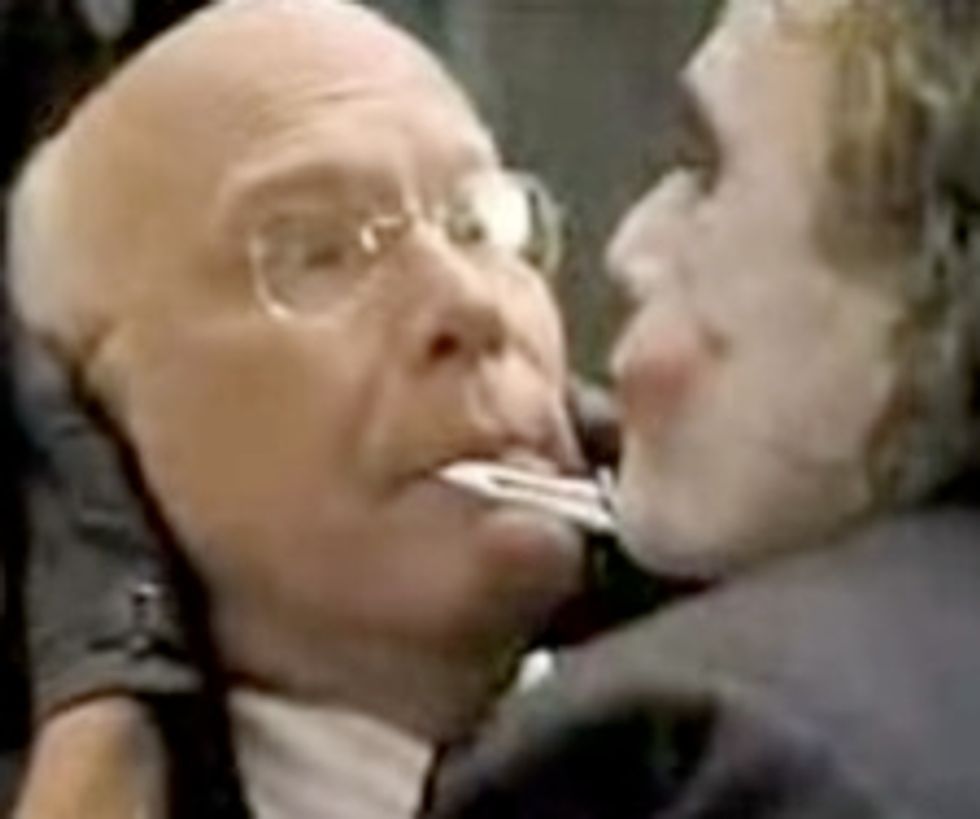 What motivates Senator Patrick Leahy? Money? Sex? Sex for money? Public service or whatever? No. No. No. It is Batman, and only the Batman, that gives Pat Leahy the will to live, in Washington. He was briefly seen (but not heard) in theBatman and Robin movie of a few years ago -- the one with George Clooney's chilly nipples. And last August, we reported that Leahy was set for a speaking role in The Dark Knight. See the exclusive & terrifying video, after the jump.

Our big idea, last year, was that Leahy would take over the role of The Joker, as played by the late Frank Gorshin. Were we so wrong?