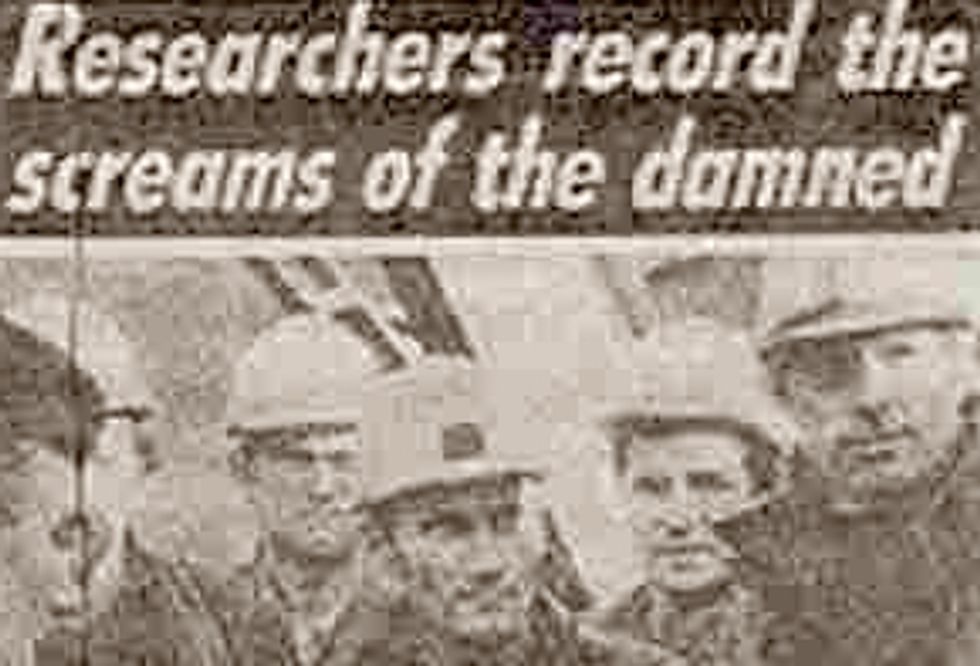 HeyColumbus Dispatch, you have a Moral Obligation to release audio of this interview with Sen. George Voinovich! All Americans must hear this terrifyingly transcribed hell-screech of the Southern Republicans: "We got too many Jim DeMints and Tom Coburns. It’s the southerners. They get on TV and go 'errrr, errrrr.' People hear them and say, 'These people, they're southerners. The party’s being taken over by southerners. What the hell they got to do with Ohio?'" So next time you and a sexytime friend are on the sidewalk and hear some nearby people saying "errrr, errrrr" to each other, you can turn to your sexytime friend and whisper, "These people, they're southerners," and sound cool and smart and learned in tongues, and then you can bone, hooray. [Columbus Dispatch]