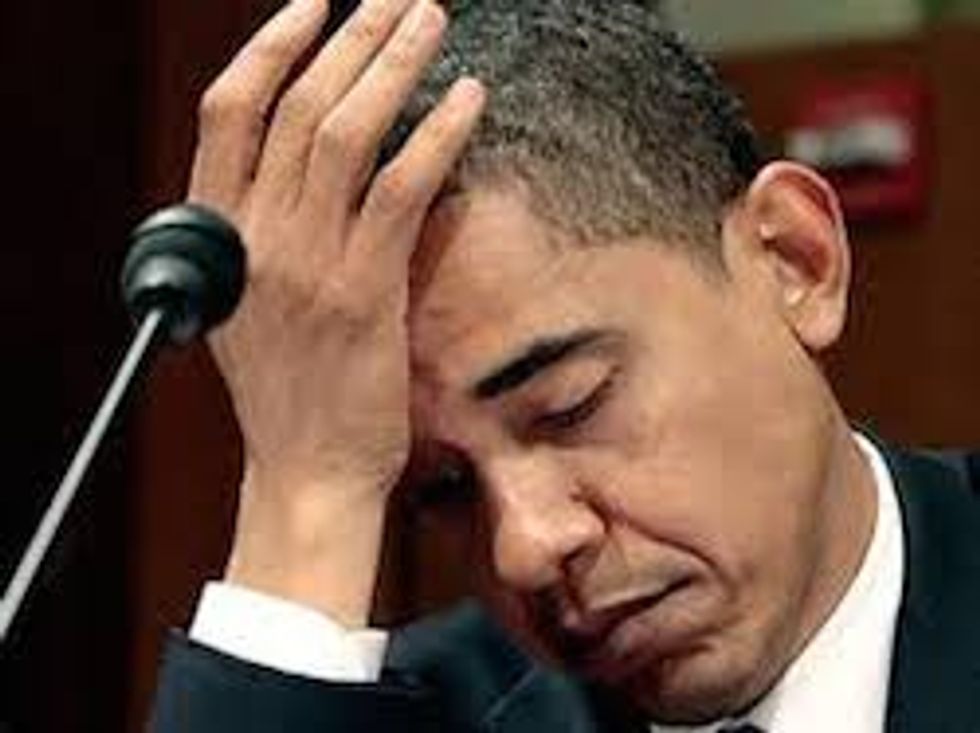 Is your Twitter timeline full of nothing but the Senate failing to confirm Debo Adegbile? Are you having to cut and paste Debo Adegbile over and over to tweet about it, because you won't remember how to spell it? US TOO. But let's be honest: the fact that Demscrossed the aisle to vote against a super-qualified Obama nominee to head the Justice Department's Civil Rights Division is some unrelenting bullshit.

First, let's lawsplain who the heck Debo Adegbile is. He's one of the leading civil rights lawyers of the last 15 years, having been a big wheel at the NAACP's Legal Defense Fund and arguing a Voting Rights Act case at the Supreme Court. Also, too, he was on Sesame Street as a kid, which alone should be enough reason to confirm him to King of The Senate or whatever else he wants. So, super good candidate to deal with Civil Rights issues, right? Haha no of course not because back in the day Adegbile had the goddamn gall to help file a post-conviction brief about improper jury instructions in the notorious Mumia Abu-Jamal case, where Mumia was convicted of murdering a police officer. HE HELPED WITH A BRIEF. THE UNSPEAKABLE HORROR.

The legal defense fund began its work on Abu-Jamal's behalf well before Adegbile began working for it, however he did contribute to the filing of a 2009 court brief that argued that Abu-Jamal faced a discriminatory jury -- an appeal later found to have merit by a judge.

But merely representing Abu-Jamal in any fashion was apparently enough to get his nomination tossed, which is kinda counter to the whole "everybody deserves a fair trial" thing that America is sort of fond of.

See, most of our advances in the intersection between civil rights and criminal law come about because people actually did bad things, but there was still a procedural fuckup. Ernesto Miranda, the dude who was never advised of his right to counsel during an interrogation and whose case became the foundation for one million teevee shows where cops advise people of their rights? THat dude pretty much was indeed a murderer and later got retried and convicted! But we still dig on the idea that you should have a right to counsel, even if Miranda was scum. That is how America works, fuckers.

Back to Adegbile and Abu-Jamal. There was much ruckus over Adegbile's involvement in that case, including the widow of the police officer stating that any participation whatsoever in the case should disqualify him from appointment. That is kind of a messed up thing, hmmmm? Especially when you learn that tons of lawyers, including conservative favorite the sainted Chief Justice John Roberts, have represented convicted killers in post-conviction proceedings. Hmmm. We wonder what exactly is the difference between Debo Adegbile and John Roberts that such actions are problematic for the former but totally cool for the latter.

Part of the reason Dems needed to kick Adegbile in the teeth is, of course, the fact that the Mumia case is one of the most high-profile (and annoying) left-wing causes celebre and that is probably totally Adegbile's fault actually. What say you, Democrat Chris Coons who slinked his way over to hang out with the Republicans and vote against confirmation?

“The vote I cast today was one of the most difficult I have taken since joining the Senate, but I believe it to be right for the people I represent. Last month, I voted in the Judiciary Committee to move his nomination to the Senate floor because I believed his nomination should be debated and considered by the full Senate. As a lawyer, I understand the importance of having legal advocates willing to fight for even the most despicable clients, and I embrace the proposition that an attorney is not responsible for the actions of their client.

“The decades-long public campaign by others, however, to elevate a heinous, cold-blooded killer to the status of a political prisoner and folk hero has caused tremendous pain to the widow of Philadelphia police officer Daniel Faulkner and shown great disrespect for law enforcement officers and families throughout our region. These factors have led me to cast a vote today that is more about listening to and respecting their concerns than about the innate qualifications of this nominee.”

So, you thought he was qualified and you believe strongly in the separation between attorney and client, motive-wise, but hey those Mumia people are annoying and you have to listen to law enforcement, which suddenly gets a neato automatic veto over appointment choices, so you voted against him? Awesome logic! Why not just say "I'm in a tough race for 2014 and I wanted to look tough on crime like a big boy and this was an easy way to do it"?

Is Bamz mad about this? Hell yeah Bamz is mad. We LOVE mad Bamz.

The Senate’s failure to confirm Debo Adegbile to lead the Civil Rights Division at the Department of Justice is a travesty based on wildly unfair character attacks against a good and qualified public servant. Mr. Adegbile’s qualifications are impeccable. He represents the best of the legal profession, with wide-ranging experience, and the deep respect of those with whom he has worked. His unwavering dedication to protecting every American’s civil and Constitutional rights under the law – including voting rights – could not be more important right now. And Mr. Adegbile’s personal story – rising from adversity to become someone who President Bush’s Solicitor General referred to as one of the nation’s most capable litigators – is a story that proves what America has been and can be for people who work hard and play by the rules. As a lawyer, Mr. Adgebile has played by the rules. And now, Washington politics have used the rules against him. The fact that his nomination was defeated solely based on his legal representation of a defendant runs contrary to a fundamental principle of our system of justice – and those who voted against his nomination denied the American people an outstanding public servant.

We couldn't have said it better ourselves. Well, actually we could, because we're allowed to swear.