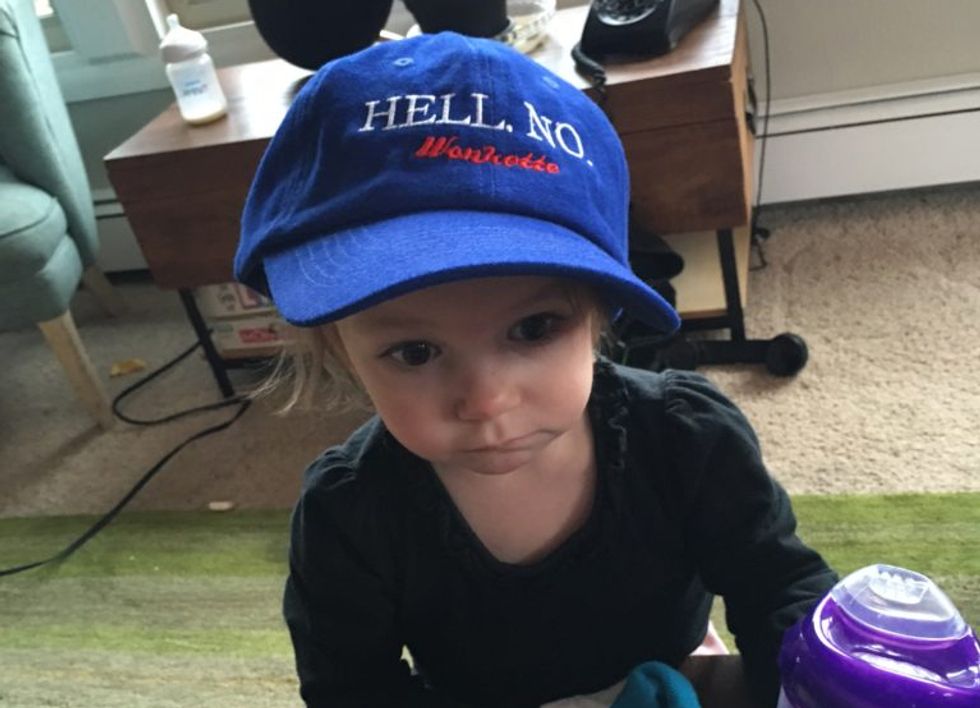 We're sending you a hat, Sen. Schumer. Get your own sippy cup.

After eight years of Republicans doing their damnedest to make Barack Obama a one-term president (they never did get the math right), Senate Democrats aren't about to let the GOP erase the Affordable Care Act -- at least not without a fight. Starting tonight, Senate Dems are planning not only a marathon of speeches against the attempt by Republicans to pass a healthcare bill with as little public scrutiny as possible, but also objecting to unanimous consent, a move that will slow down routine Senate business.

"Republicans are drafting this bill in secret because they're ashamed of it, plain and simple," said Senate Minority Leader Chuck Schumer. "These are merely the first steps we're prepared to take in order to shine a light on this shameful Trumpcare bill and reveal to the public the GOP's true intentions: to give the uber-wealthy a tax break while making middle class Americans pay more for less health care coverage. If Republicans won't relent and debate their health care bill in the open for the American people to see, then they shouldn't expect business as usual in the Senate."

This evening, Washington Senator Patty Murray will lead off a series of floor speeches by Senate Dems, which may go late into the night. Other moves planned by Democrats include a bunch of "parliamentary inquiries" to the presiding officer of the Senate, intended to call attention to the Republicans' secret closed-door process and contrast it to the way the ACA was drafted in 2009-2010, which, as Nancy Pelosi explained as the House version of Obamacare repeal was being rushed through, was a far more transparent process:

(Yes, and Republicans can take their out-of-context fibs about passing the bill to find out what's in it and stuff them -- that's a myth, not that anyone bothers with mere facts anymore.)

Roll Call notes that if Democrats are successful in using procedural tactics to gum up the works, most of this week could be taken up just getting the nominations of two undersecretary appointments through the Senate, leaving only a week before the Independence Day recess. Majority Leader Mitch McConnell had wanted to force the secret ACA repeal through before the recess. Oh, those nasty obstructionist Democrats, foiling Donald Trump's extremely popular plan to leave tens of millions without health insurance. The House version of the ACA repeal only had 17% approval in a recent poll, so it only stands to reason that if the Senate can pass its version in complete secret, more people will like it, since knowing what's in it seems to be the main reason people dislike the House version.

We Made You This HELL. NO. Blue Baseball Cap, Because Donald Trump Can F*ck Himself Is Why

There's three million more of us and we're not slinking away.

Yr Wonkette is proud to do its part to encourage Democratic senators to stay strong in their opposition to the GOP's secret healthcare bill (you know, unless the R's go crazy and unveil a single-payer plan), so we're going to send a bunch of our practical and beautiful "Hell. No." hats to them. We think that would make for a terrific group photo. And if you haven't called your senators yet, get on the phone, will you?

Yr Wonkette is supported by reader donations -- send us money by clicking the "Donate" clicky. And you can order your own stylish blue "HELL. No." hat right here!