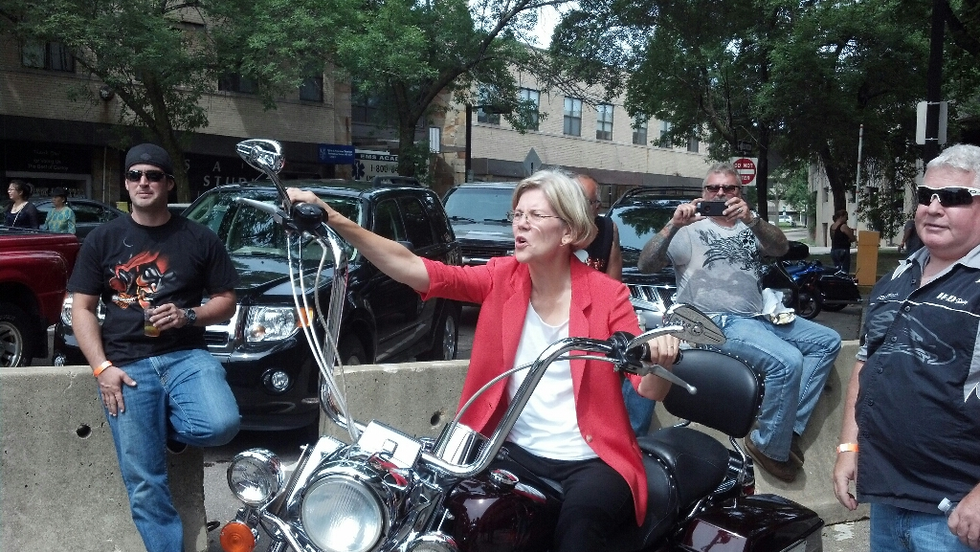 There's no word yet on what the new position will be called, so we'll just go with Tribune of the Plebs.

Warren was an energetic and popular surrogate for Democrats in the 2014 midterms, which, no, did not go so well, but that's hardly her fault. She drew enthusiastic crowds in territory that's hostile to Democrats, demonstrating that maybe speaking and acting like a Democrat if you are a Democrat is a good move for Democrats?

"The move to include Warren in leadership -- working with Schumer -- reflects the main point of tension for Democrats as they try to recapture the Senate in two years: Their activists want to rein in Wall Street’s influence and their candidates need Wall Street’s money to compete."

That ship has sailed, though, and bon voyage to it: Republicans got "some 70 percent" of Wall Street's contributions this cycle, down from a 50/50 split as recently as 2010.

To paraphrase history's most effective drunken asshole Winston Churchill, you can always count on Democrats to do the right thing -- after they get their brains beat in with votes and all the money dries up.