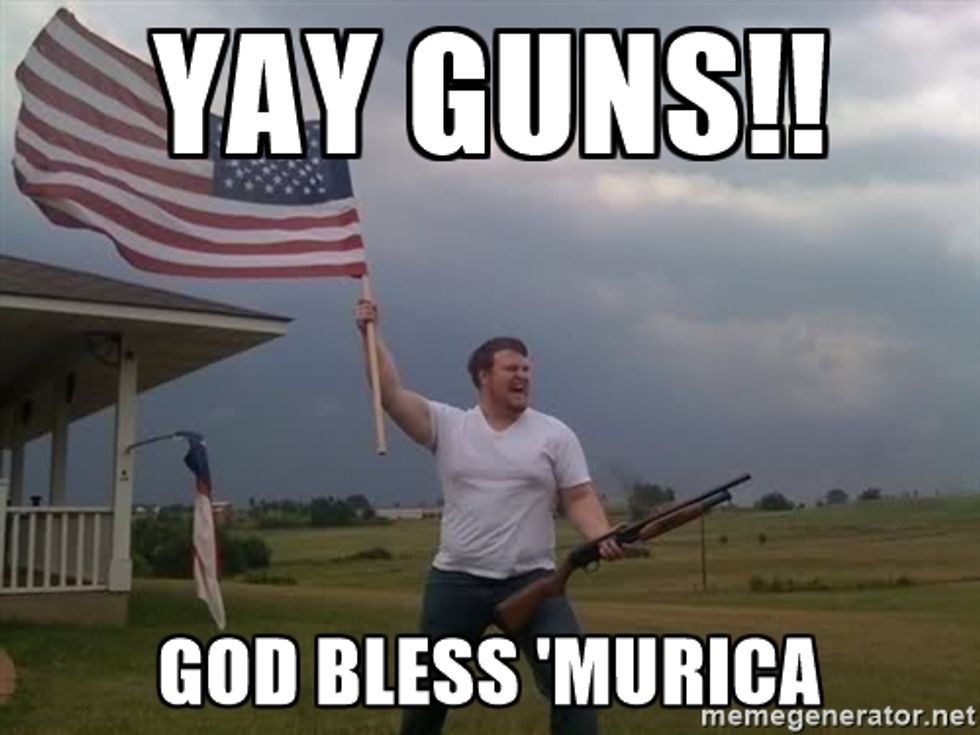 Oh, is that too harsh? Are you some kind of child who thinks mass shootings aren't going to happen again and again and again, unless our country drastically makes a change? OK, you do you, and the rest of us will look at the results of Senate Republicans' latest shot at pretending to look like they're doing something in the wake of a mass shooting.

Are you surprised that eight days after 49 Americans were murdered in the largest mass shooting in American history, and after a 15-hour filibuster from the Democrats begging that we do something, ANYTHING OH MY GOD ANYTHING, to reduce gun violence, that Republicans didn't feel like doing anything? Pffffft, you must have fallen off the wrong side of the turnip truck next week, or at least you're new here.

Here are the Democratic measures that did not pass in the United States Senate Monday night, just like they didn't pass after San Bernardino, because Republicans like sucking the NRA's cock more than they like preventing people from being killed by guns:

And here are the Republican-sponsored half-ass measures that also did not pass (both failed 53-47), because they are kind of bullshit and could even make things worse:

In response to the Senate's latest failure (oh we SAY that, but again, they're probably sending up SO MANY THOUGHTS AND PRAYERS RIGHT NOW!), presumptive Democratic nominee Hillary Clinton posted this on Facebook:

For his part, Donald Trump tweeted the following about a half an hour before Hillary's Facebook post, but still well after the Senate votes failed. But he was busy at the time, you see:

And that is how things are in America right now, the end.