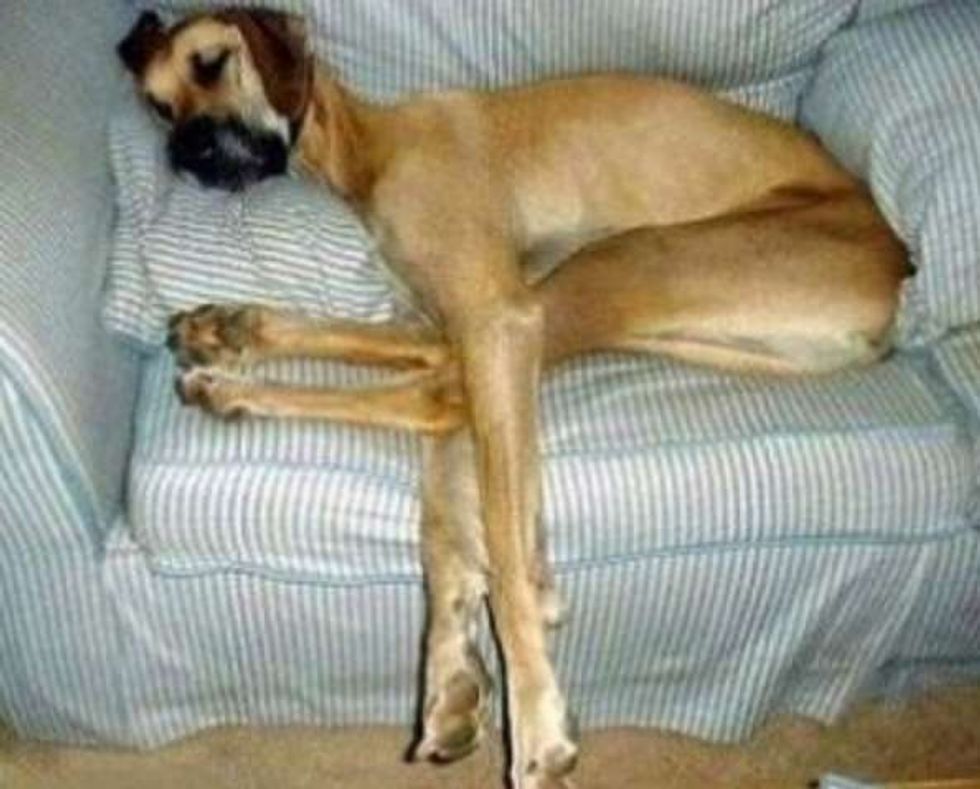 This 2016 election is not looking all that great for the Republicans holding on to the Senate. Democrats only need to pick up five seats to retake control, and with Donald Trump at the top of the ticket, the Dems may manage to do even better than that. Colorado is one purple state where Republicans were hoping to take over a seat currently held by a Democrat, Michael Bennet, who's perceived as vulnerable, according to all the experts who write about politics, so why should we question that? Four Republicans are set to compete in the June 28 primary to take on Bennet, and now it turns out of the frontrunners, Jon Keyser, a former state legislator and Air Force vet, may have some seriously hinky signatures on his nominating petitions.

Keyser and two other Republicans initially failed to get on the ballot, thanks to various technical glitches in some of their petition-gatherers' paperwork, but all three eventually got judges to allow the signatures (another is still suing to get his petitions accepted). But last week, things got seriously strange in Keyser's case, as a Denver political journalist, Marshall Zelinger, found at least 10 people who said their signatures had been forged on Keyser's petitions. Rachel Maddow featured the story in her Friday broadcast, and boy, oh boy, is this ever a fine tale of a journalist ferreting out some ugly facts:

Not only do we get more "I'm on the ballot" and "I’m going to beat Michael Bennet," but Keyser also accuses Zellinger of being part of a setup: "there are people like you that have done the Democrats' work who have spent hundreds of hours on this." It's also cute that he can't seem to get the reporter's name right, calling him "Mitchell" twice. Then there's the weird stuff; when Zellinger asks one more time how he'd respond to the voters who say their signatures were forged, Keyser bolts off in another direction, accusing Zellinger of "creeping around my house" and scaring his children. Zellinger says he had knocked on the front door. Things go seriously strange:

Zellinger: I met your dog and your nanny. She was very kind

Zellinger: I don't know what the meant, but okay --

Zellinger: His size? What did you mean by his size?

Zellinger: So, back to the voters who told me their signatures were forged. I've counted 10 so far; if there's more, it's possible you didn't collect enough to really make the ballot. What is your response to that?

It would appear that Keyser is on the ballot. And he has a big dog. Bigger than you, you little pipsqueak baby-scaring creeper reporter. This Jon Keyser guy really does seem like GOP Senate material, huh?

Friday, Denver District Attorney Mitch Morrissey announced his office would review the signatures, but cautioned that it was only a preliminary measure -- which we believe means Keyser is on the ballot.

"As is the practice of our office, specifically the Economic Crime Unit, they review the original complaint and any accompanying documents to determine if there was a crime committed, whether the suspect is identifiable and if we have jurisdiction," said Lynn Kimbrough, a DA spokeswoman, in a statement.

So that's something. If you're a Colorado Republican, we compliment you on your good taste in reading Wonkette and encourage you to rethink your political alignment, but we'd also direct you to Denver News 7's collection of petitions so you can check to see if your name is on a petition that you didn't sign; people who think their names may have been forged are encouraged to contact their local district attorney to file a complaint. Maybe someone better check Keyser's photo ID to make sure he's really who he says he is.

As to the guy Keyser and the three other Republicans in the primary want to replace, Michael Bennet, we're still trying to figure out why so many pundits have him on the endangered-senator list. Partly, it's because he only beat his opponent, Ken Buck, by two percentage points in 2010. Bennet is also apparently endangered because in 2014, Republican Cory Gardner whooped Mark Udall right good, so Bennett is automatically in trouble, even though it's a presidential election year when more Democrats are likely to turn out. 2010 was the Teabagger wave, and Bennet won a close election against a teabagger, which you'd think means he's likely to do better this time around, no? No telling whether Keyser, the party's favored candidate, will actually make it to the primary, which has to feel good for Bennet, as should whatever boost he might get from a strong Democratic presidential candidate who will definitely not be Donald Trump.

Normally this is where we would give you a fuller rundown on Michael Bennet, but compared to the fuck-tussle on the GOP side, there doesn't seem to be a lot to say about him other than the usual voter-guide stuff -- he's got high scores from all the usual liberal groups, and unless he seriously screws up badly, he seems to have a pretty good shot at reelection, without any drama or craziness about big dogs. We also found this campaign ad featuring Michael Bennet, cows, and beer. Looks bipartisan!

Wonder how many of those cattle signed Jon Keyser's nominating petition? He's on the ballot, you know.

Want to send some simoleons Michael Bennet's way, just in case the GOP does get its shit together? He's supposed to be vulnerable, so he'd probably appreciate your help. His Act Blue donations page is right here. And you can support Yr Wonkette's ongoing countdown of all the 2016 Senate races with a contribution here.