Send Your Fundie Sister Some Hope On A Rope Soap This War On Christmas Season! 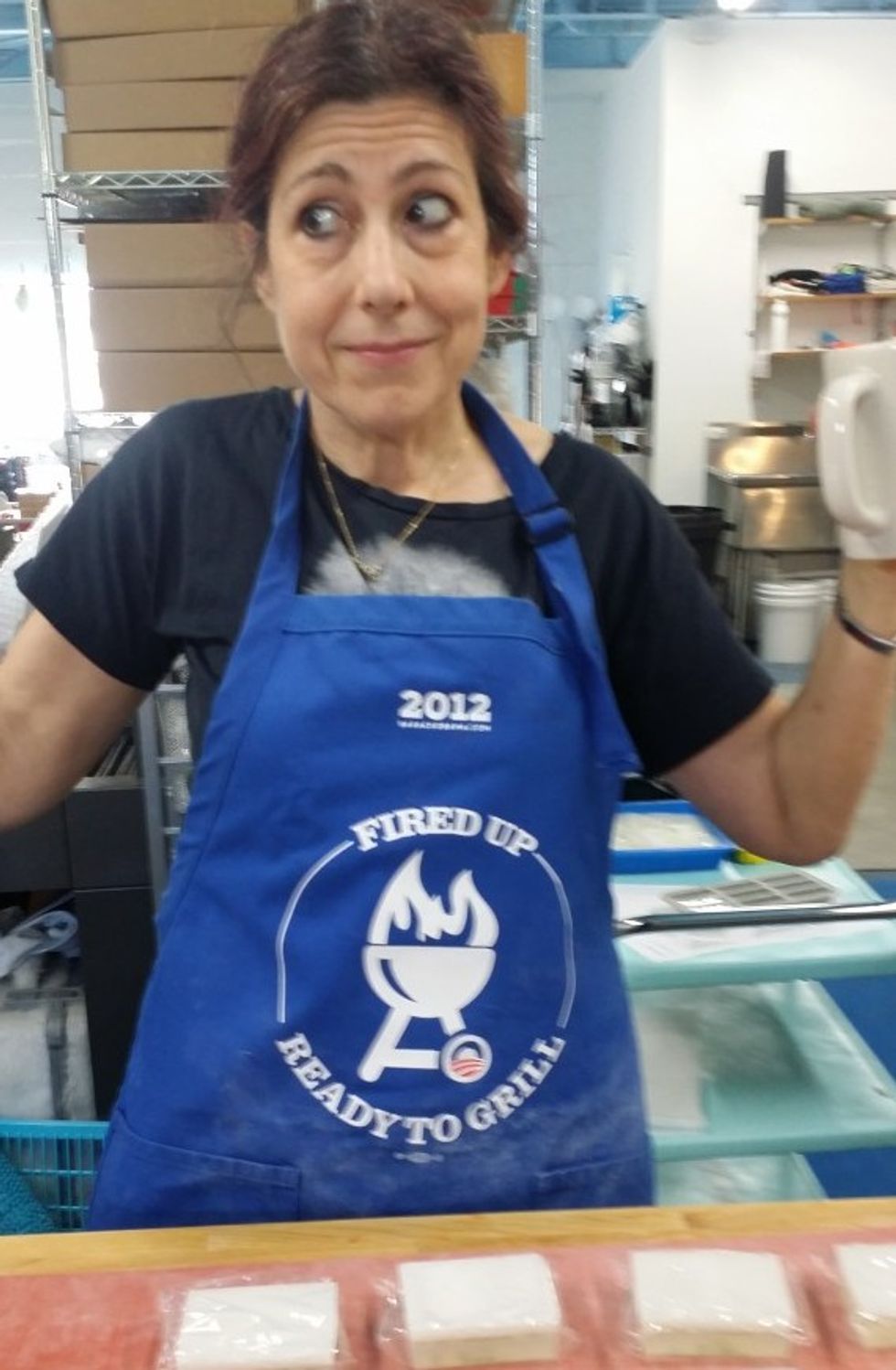 "You could stay in the alley behind my Burbank soap factory," the lady was saying in the Wonkette comments. It didn't seem a better offer was coming in for places in Los Angeles to park the Wonkette Mobile Command Center and Wonkebago, so, er, okay! SOLD!

We had no idea that when we arrived, it wouldn't be just your run-of-the-mill artisanal soap factory, with which Los Angeles is lousy. Paula had a present for us: an orange John Boehner head, made of animal-free soap. We called shenanigans, as the Boehner neither had working tear ducts nor was stored in a bottle of gin. But still: what kind of marvelous emporium of forcefully liberal political soaps had we stumbled upon? I would need to find out. Because whatever it was, this generous and right-minded lady probably needed Wonkette to partner up with her, so all you Terrible Ones could buy liberal soap to send to your dick brother-in-law, or for washing elf spleen off you after your bloody War on Christmas.

Since I was in L.A., I had a medical puff and went inside her one-woman factory to see how the soap was made. There were a series of crock pots in place of witches' cauldrons; a wall of candy-colored items in bins to rival the Container Store; a shrinkwrapper, for shrink-wrapping; free-standing shelves of patterned tissue paper because Paula wraps each item individually before sending it, instead of just stuffing it into a static-charged envelope that magically adheres all the dog hair in my house to it, like someone I know. (Me. I am talking about me; the extra dog hair on your Wonkette T-shirt package means I love you.)

Paula had soap with Barney Frank's face on it.

She had a Lebowski bowling basket, including a toe, which she pulls out of a bag of toes -- dude, she can get you a toe -- hand-painting the nail mint green before stuffing it in a wad of cotton. The basket includes a coffee can of bath salts, all that remains of poor Donny.

you want a toe dude i can get you a toe

She had a fuckton of soap for Jews. (We almost wrote Jew soap, then realized that was :( so we didn't.)

She had sexy lady soap, and stuff for your man-nads.

made with delicious hemp oil!

She had glow-in-the-dark periodic table of elements soap, which she was selling at MIT until some asshole lady ripped her off, and now Paula is totally suing her. GO PAULA! SUE ALL HELL OUT OF THAT JERK.

She had Sarah Palin and ol' One-L Michele voodoo kits, but I can't find them on her website.

Maybe you can? Go poke around, buy all her stuff (your Wonkette will get a very reasonable cut), and by all means, report back.

Are you a Friend of Wonkette? An actual friend? Like you get at least one-third of our inside jokes about #butts? Do you have a jerb-creating businesslady or -man entrepreneurship for which you'd like to sell stuff at your liberal brethren? Email me at rebecca at wonkette dot com, and we'll tawk!