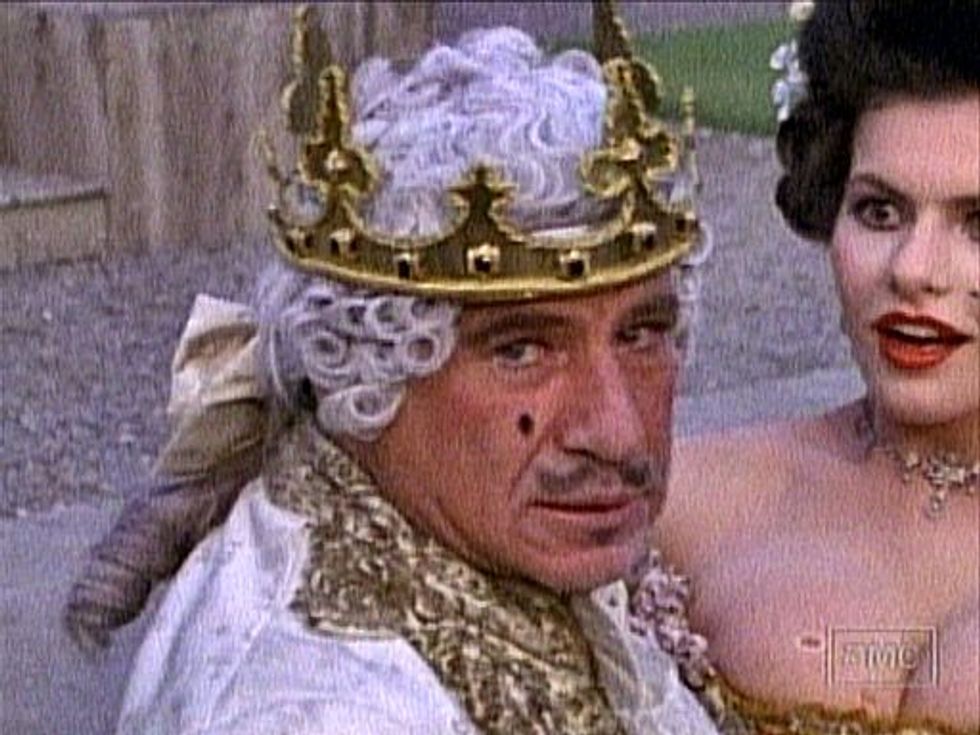 Bammerz is still holding his lame ass meetings with Congressional Republicans in his latest flailing attempt to show them that he too wants to inflict as much needless pain on the vulnerable with stupid spending cuts. Apparently it was Susan Collins’ turn to have her special day with the President and as such she brought a Maine-themed feast full of shellfish and blueberry pie. However the President didn’t touch this succulent lunch, and not because he felt uncomfortable with Senator Collins bringing him a big plate of aphrodisiacs:

“Unfortunately, you know, the president can’t....He looked longingly at it..He honestly did look longingly at it, but apparently he has to have essentially a taster, and I pointed out to him that we were all tasters for him, that if the food had been poisoned all of us would have keeled over so, but he did look longingly at it and he remarked that we have far better food than the Democrats do, and I said that was because I was hosting.”

Okay it seems that we’ve learned a few things from this. First of all thanks to the President we now know that Senator Klobuchar’s "Taconite Tater Tot Hot Dish” is as gross as it sounds. Secondly: Obama has a food taster? Oh sweet Indonesian Curried Dog Stew we are never going to hear the end of this.

Sadly, despite the fact that story first came from the incredibly accurate source known as the Daily Caller and has since hit the right wing echo chamber thanks to AIM Investigative Reporter of the year Jim Hoft, it seems that the President is protectedby a food taster. Why the nation’s first black president would feel compelled to employ someone meant to protect his food in this wonderful era of complete racial transcendence and political civility is beyond our comprehension, but it does automatically mean that Obama is an evil aristocratic dictator whose tyranny is only matched by his disdain for the common people.

But there is something else to wonder in this latest bit of dog whistling from Tucker Carlson’s tepidly annoying Breitbart knock-off: where is this food taster now? The President used to eat out all the time across DC in the halcyon days of his first term and at seemingly every nasty diner throughout real America during his campaign. Now he can’t even have lunch brought to him because the taster is missing somewhere? What better things does this guy have to do besides eat free food meant for the most powerful person in the world (and not die)?

Our working theory now (one that we researched and put about as much thought into as the Daily Caller does in most of their reporting) is that the food taster was furloughed alongside the myriad of other government workers thanks to this idiotic sequester. As a result the President will be unable to eat for at least one to three days a week, which will put him in good company with the 600,000 people being cut from the WIC program and will face the joys of hunger pangs in order to appease the deficit gods. Oh well. Avoiding diarrhea from second-hand lobster salad is probably a good idea in the long run.