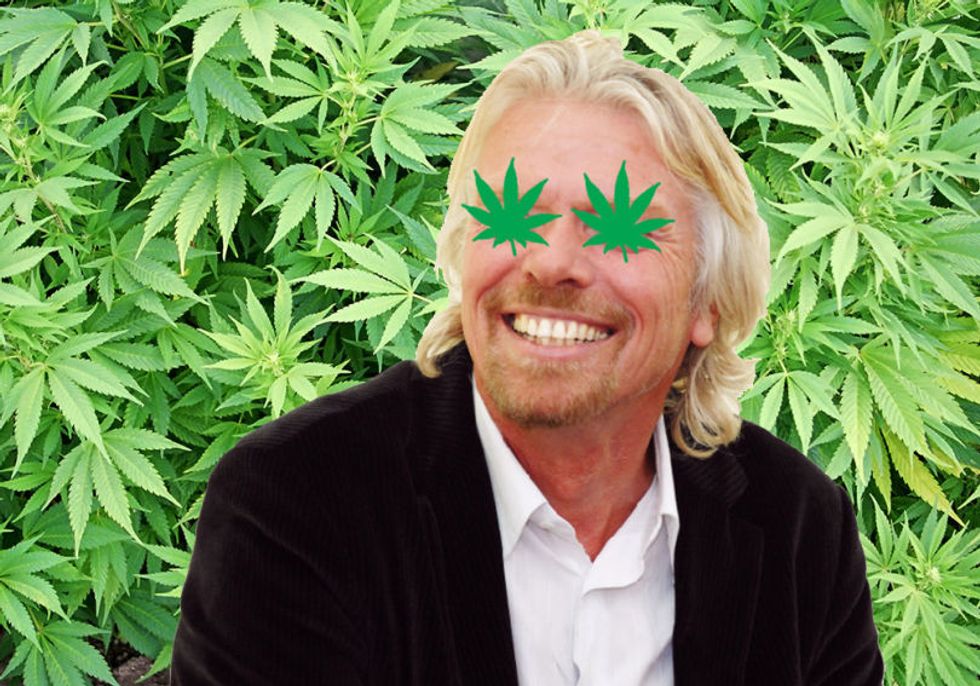 Richard Branson, famous rich person and repository of some of the world's remaining sexxxiness reserves since the passing of Prince (PBUH), is so MAD, you guys, about the latest United Nations Drug Policy Agreement that just came out.

Branson, the billionaire founder of Virgin (ha!) this and that, held a press conference featuring three former presidents to criticize the agreement, following the first UN special session on illegal drugs in like, forever. Former presidents of Switzerland, Mexico and Colombia weighed in supporting Branson's plan to decriminalize, regulate and tax recreational pharmaceuticals.

The new UN agreement adopted this week, same as it ever was, leans heavily on prohibition and punishment. Many UN nations are pretty sure that is going to wipe out drug abuse and addiction ANY MINUTE NOW, so just keep hitting yourself with the hammer.

Mexico, Guatemala and Colombia called for the special session in 2014, hoping to get a little help to reduce the horrific violence connected to criminal drug trafficking in their countries, but nope.

“The process was fatally flawed from the beginning,” said Richard Branson, the head of the Virgin Group, adding that it may “already be too late” to save the international drug law system.

This week’s United Nations General Assembly Special Session, UNgass, clearly displayed the deep divisions between member states over narcotics: while a growing number of countries, including several states in the US, have moved towards decriminalizing or legalizing drugs, others continue to execute people convicted of drug crimes. Three UN conventions prohibit drug use that is not medical or scientific.

Turns out the countries that enjoy executing drug traffickers (including China, Russia, Singapore, much of the Middle East) and the countries that say, hey, man, it's just a medical problem (Portugal, Uruguay, Colorado) aren't ready to work things out.

Russia is particularly out of step with most of Europe, refusing even to use methadone to treat opiate addicts, because medical research is just, like, your opinion, man. They have been doing this for a long time, claiming methadone is some sort of western plot. They prefer to use Naloxone and cold turkey, which makes them almost as bad as Maine Gov. Paul LePage, for Christ's sake.

Of course, none of the U.S. presidential candidates are fully on board with Branson, either. But even Ted Cruz is all, "let the states decide" on medical marijuana, so baby steps.

The UN report has to be particularly bad news for people in Venezuela, who are about to run out of BEER(!) and for the foreseeable future will also not have access to Virgin Weed stores. And since sex is out of the question, we are all very sad, the end.