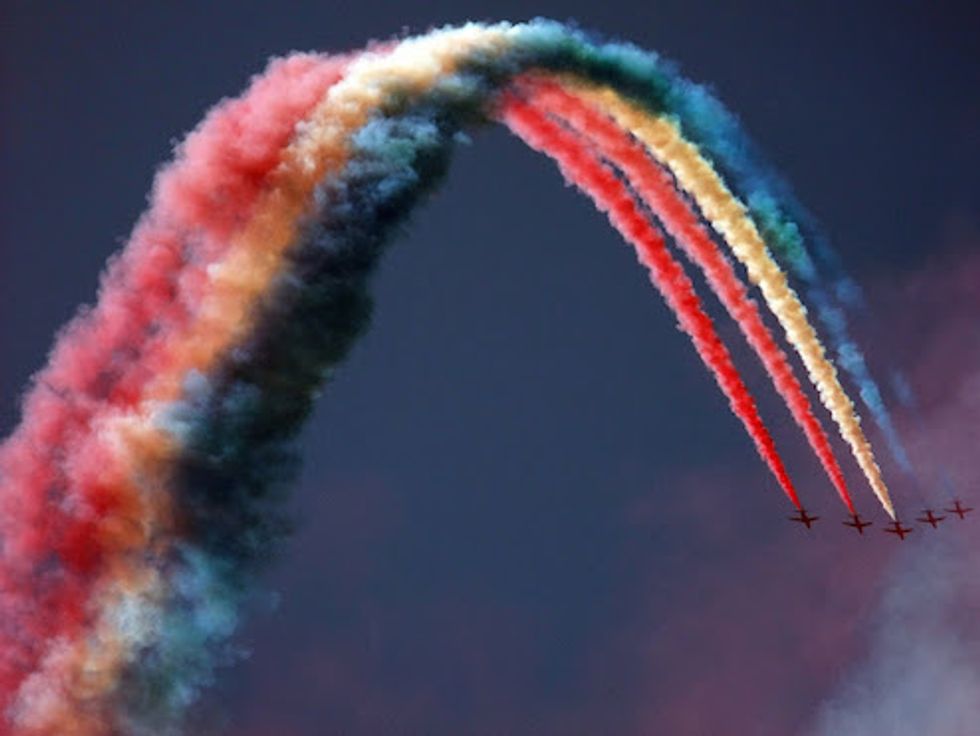 Do you live in Shasta County, California? If so, you really need to come and collect your County Board of Supervisors, because they just unanimously voted to explore, in a seemingly unironic fashion, the wide world of chemtrails. Unanimously. As in no one disagreed with this plan of action. We checked to see if Victoria Jackson held office in Shasta County, because that would explain so much, but we guess she lives in Tennessee. Apparently the government is spraying stupid in a pattern that covers both California AND Tennessee. Will they stop at nothing?

In case you've never read yr Wonkette mocking the chemtrails people, here's a quick primer. People believe that the government is spraying heavy metal pollutants via airplane exhaust, and that, in turn, causes your migraines, your eczema, and your terrible love life. No real idea why, exactly, the government wants to poison the earth this way, but internal consistency isn't really the hallmark of these people.

To be fair to the good Supervisors of Shasta County, it doesn't actually seem like they came to this as a slavering bunch of chemtrail true believers. Instead, they fell victim to the idea that if someone seems REALLY REALLY REALLY interested in a thing and also drags in some charts and graphs and finds some friends to share their delusions, there must be something there.

Supervisor Pam Giacomini put the item on the agenda, and a number of so-called chemtrail experts addressed the panel, followed by dozens of speakers who blamed a host of personal and environmental ills on airplane exhaust.

Supervisor David Kehoe lauded Shasta County resident Dane Wigington’s efforts to put together the panel of speakers who addressed the board on the issue. He suggested a video be made for all elected officials to learn more about the issue.

“Let them see the passion we saw here today,” he said.

OK wait. Kehoe might actually just be that mouth-breathingly stupid. We're not sure. Either way, the good people of Shasta County are now going to send that video to state and federal agencies. We're sure they'll be very grateful.

The vote also means that some poor S.O.B. that works for the county has to figure out how to measure imaginary things.

[S]upervisors also voted to further research the capabilities of air quality testing currently taking place in the North State, particularly if techniques used at a test location in the Lassen Volcanic National Park can test for aluminum, barium and other heavy metals in question on the nano-level.

Resource Management Director Rick Simon said he would research what it would cost for the county to test for particles that small.

No worries. Counties are super well-equipped to conduct large-scale cutting-edge scientific investigations into nonsense. It's because of those infinite budgets they have. Also, who would like to get in on our betting pool as to how long it takes before Resource Management Director Rick Simon leaves to find another job, one which does not involve investigating terrifying air droplets. We wish him godspeed and good luck.