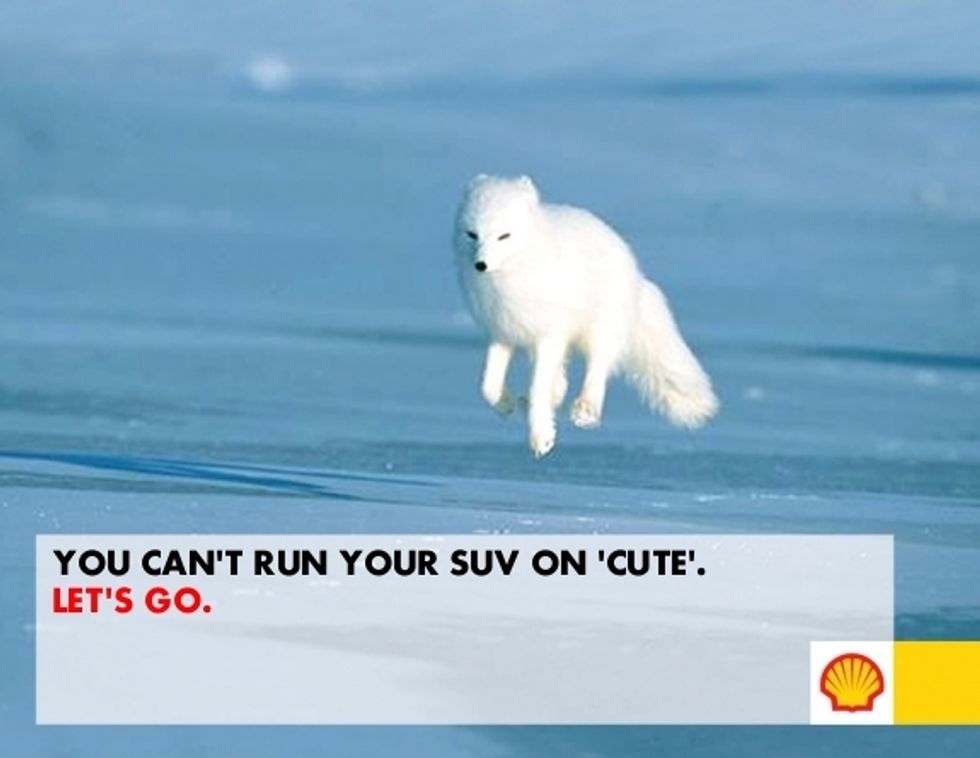 Screw you guys, we're out of here

After exploratory drilling failed to find enough oil and gas off the coast of Alaska to make it worth pursuing, Royal Dutch Shell announced Monday that it's taking its boats and going home. It is believed that the petrochemical giant may also have pouted and tried to hold back tears at the prospect of its $7 billion Arctic exploration effort coming to naught. Asked how it was feeling, the corporation reportedly snapped, "Fine. I'm fine!" and then ran sobbing to its boardroom, slamming the door.

Unlike several previous announcements regarding Shell's Arctic drilling plans, this announcement was definitely not the work of environmentalist pranksters The Yes Men.

The Anglo-Dutch company had repeatedly stressed the enormous hydrocarbon potential of the far north region in public, but in private began to admit it had been surprised by the popular opposition it faced.

Shell said today it had made a marginal discovery of oil and gas with its summer exploration in the Chukchi Sea but not enough to continue to the search for the “foreseeable” future.

Dropping crude oil prices and the prospect of increased regulation also contributed to Shell's decision. Giving up on the project is expected to cost the company approximately $4 billion in future earnings. But not to worry, Alaskans, you're still getting your government check of $2072 this year from the Alaska Permanent Fund that pays you those sweet moocher dollars you work so hard for, just by living in Alaska, where the oil is.

Shell CEO Ben van Beurden, who is something of a rarity among oil CEOs since he acknowledges that global warming is real, had been pushing the potential of natural gas from the Arctic as a means of transitioning from oil to less carbon-producing fuels, but the Arctic drilling was met with skepticism by environmentalists, particularly Greenpeace, which dogged the company's ships as they tried to leave ports in Washington and Oregon earlier this year.

Greenpeace UK executive director John Sauven said of the decision to give up on Arctic drilling:

“Big oil has sustained an unmitigated defeat. They had a budget of billions, we had a movement of millions. For three years we faced them down, and the people won.

“The Save the Arctic movement has exacted a huge reputational price from Shell for its Arctic drilling programme. And as the company went another year without striking oil, that price finally became too high. They’re pulling out.

“Now President Obama should use his remaining months in office to say that no other oil company will be licenced to drill in the American Arctic.”

American environmentalists echoed Sauven's sentiments, albeit without all that cute British spelling. A statement from the Sierra Club read simply, "Neener-Neener-Neener, Shell Froze Its Weiner!" Rachel Maddow, who gleefully covered the protests aimed at keeping the Shell ships bottled up in Northwest ports, is expected to go pretty nuts on her show Monday evening. Expect joygasms, barring of course the possibility that the world may end before airtime.