Shiny Happy People Voting Early. Just Look At All These People Not Rigging An Election! 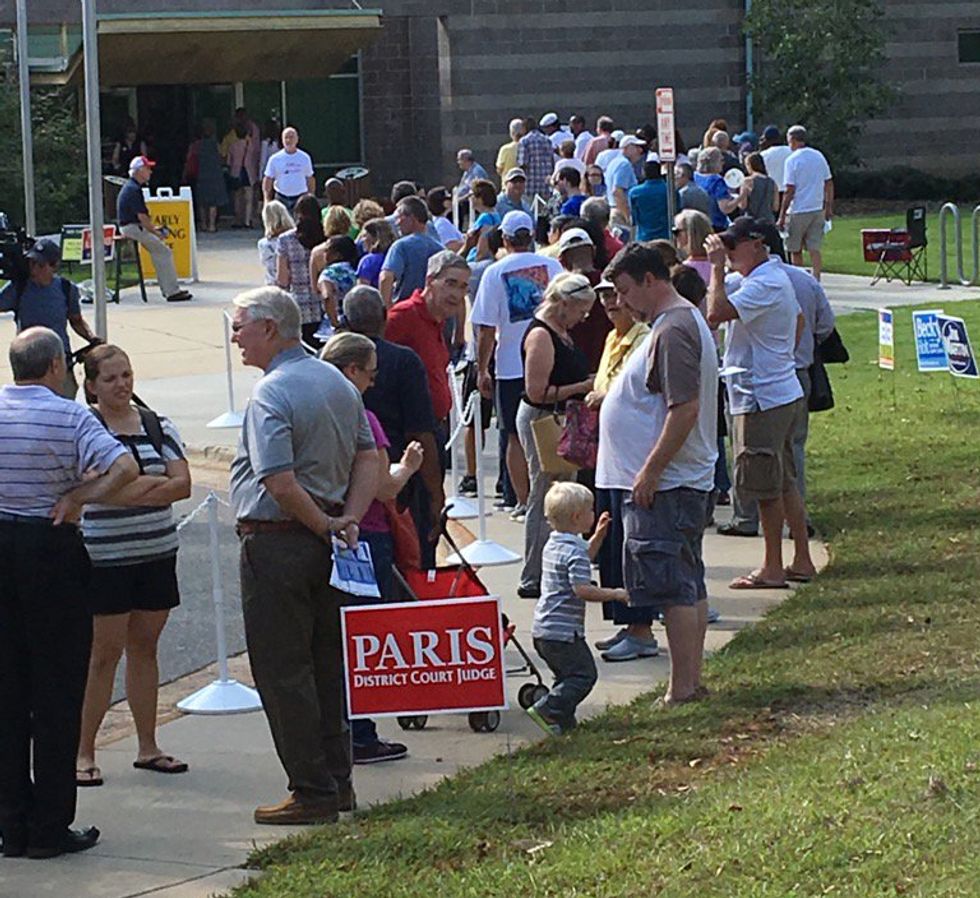 While we think Oregon's perfectly reasonable "everybody votes by mail" system is probably the most efficient way to run an election, we're still partial to going down to the polling place and filling out a ballot, because we get sentimental about the rituals of democracy. But voting on a single Tuesday sucks and is inconvenient, so hooray for the 37 states (and the District of Columbia) that have early voting. Here in Idaho, our very own Kid Zoom mailed in his absentee ballot yesterday, in his very first presidential election, so we took an old "I Voted" sticker off our computer and stuck it on his shirt. So, for no other reason than that voting is awesome, here is a selection of stuff from around the interwebs about people exercising their franchise!

LETS GET THIS PARTY STARTED! Doors opened at 8! Cleveland, OHIO i voting early for Hillary pic.twitter.com/YgfIhTdqgx