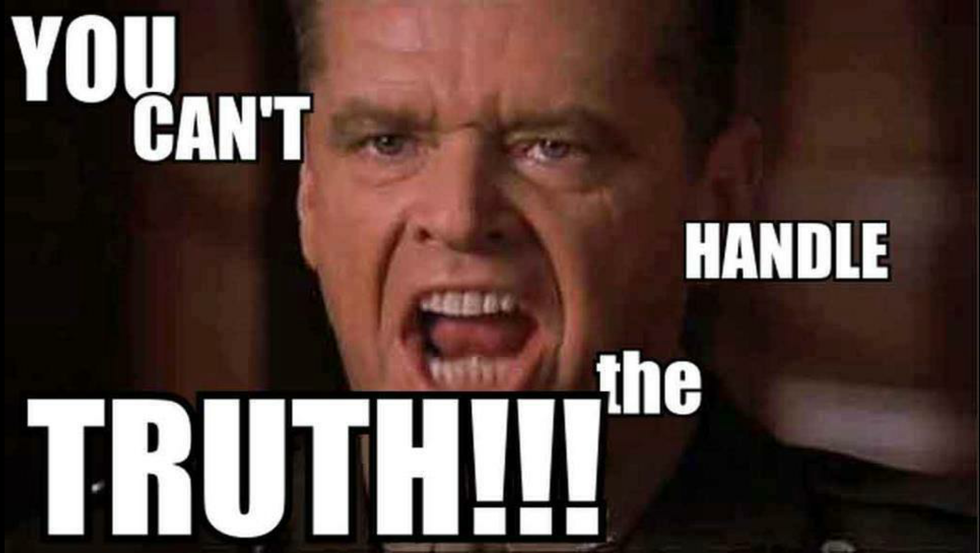 Donald Trump knows what caused the terrorist attack in New York Tuesday afternoon, and it is our sadweak, politically correct justice system!

We need quick justice and we need strong justice — much quicker and much stronger than we have right now. Because what we have right now is a joke and it’s a laughingstock. And no wonder so much of this stuff takes place.

No doubt the families of the victims were comforted by these wise words, Mr. President. Thank goodness we have someone in office who knows the ONE WEIRD TRICK to stop terrorism COLD.

Send him to Gitmo — I would certainly consider that, yes.

So we should transport a legal US resident, who committed crimes on American soil, 1,300 miles away from every victim, witness, and piece of evidence. Right. Anyone else want on board this crazy train?

Based on the current evidence, it would be very appropriate to initially hold Mr. Saipov as a suspected enemy combatant....