Shocker: Mark Penn Is Strongest Supporter Of Fighting To Denver 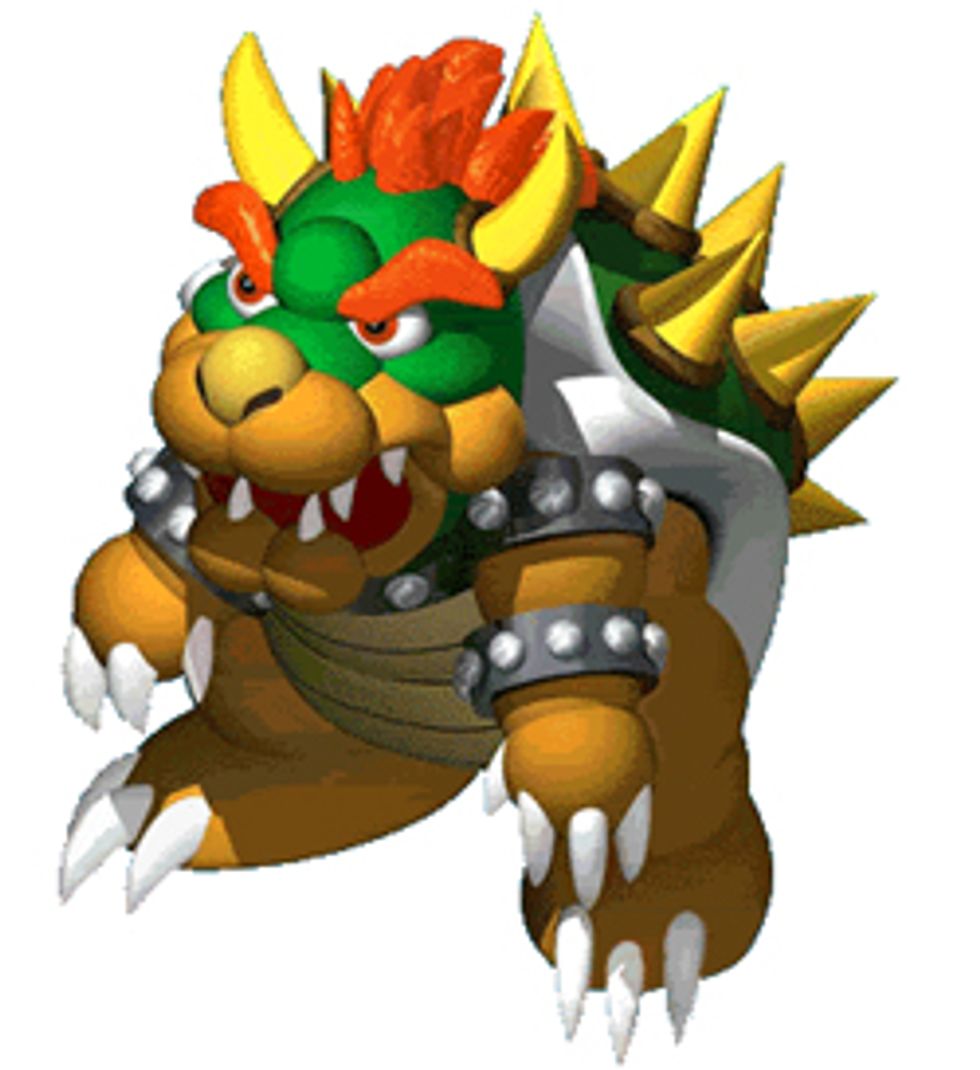 Hey now, what ever happened to Clinton's former chief strategist Mark "Bowser" Penn, the most stereotypically evil man in the world? When he was demoted from his top position, no one expected him to have any less sway, yet he's remained shielded from the public eye. Now, however, some new information has come to light about Penn's role in these last days: rumors indicate that Penn, more than anyone else in the campaign,wants to take the fight to the convention -- for all the predictably devilish reasons, as well as the numerous free buffets.

Former top strategist Mark Penn, reviled by many on Hillary's staff but still an important voice in the candidate's ear, has emerged (to no one's surprise) as the strongest advocate of her remaining in the race regardless of what happens in the next 24 hours, according to sources inside the campaign.

His argument: Suspend the campaign if you must, but don't end it, because all those Obama supers will flock to Hillary if more dirt on O emerges before the convention.

Hilz should definitely listen to Mark Penn, whose chief accomplishment this election season has been not knowing that the primary states apportion delegates.