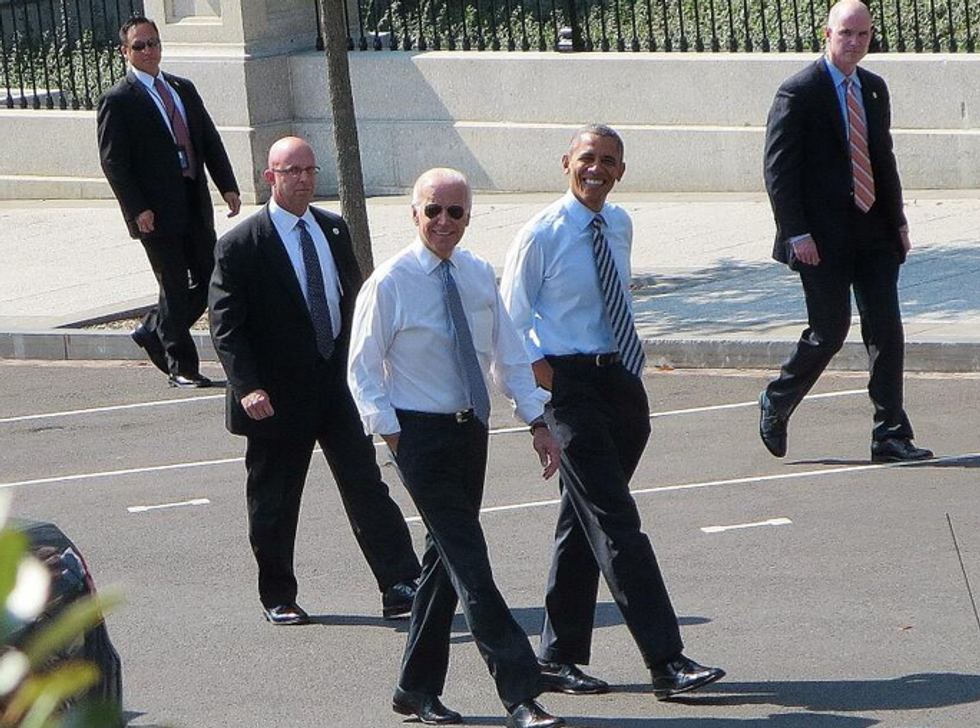 Well, kids, we certainly have had fun mocking the Republicans for a series of stupid quotes about how Obamacare will rape your daughter,  or yelling at people doing their jobs, or 9/11, and we could go on and on … hell, we kinda did. And miraculously, the White House has managed to not brain-fart something stupid…. Until now, per the Wall Street Journal:

Said a senior administration official: "We are winning...It doesn't really matter to us" how long the shutdown lasts "because what matters is the end result."

Are you for serious here? Someone at the White House needs to go into the post-9/11 emergency closet, pull out the duct tape and tape this guy's mouth shut until the end of time.

Don’t folks in the administration know that it is the Republicans who are the out-of-touch, we-don’t-care-about-the-pain-caused-by-this-shutdown party? Seriously, just look at this quote from Republican Renee Ellmers (R-NC):

"I need my paycheck. That's the bottom line. I understand that there may be some other members who are deferring their paychecks, and I think that's admirable. I'm not in that position."

THAT’S the kind of heartless, fuck-you attitude we expect from the GOP. Screw the mothers who have to do without food for their infants, who gives two bloody shits about furloughed workers who have bills to pay – this congresscritter needs her paycheck some kinda bad.

We all realize that the Democrats are winning, because the GOP has no fucking plan, and only the brilliant strategic mind of Texi-Canadian Ted Cruz to rely upon. And our side is the one that cares how long this lasts -- because we care about the little people. We care about kids who don't get to go to Head Start, families struggling to pay bills, and federal workers who toil year after year without a raise, let alone a cost of living increase BECAUSE REPUBLICANS ARE THE HEARTLESS ASSHOLES, REMEMBER?!?!1?

So here is a protip from all of us at Wonket: SHUT THE FUCK UP and let the GOP finish self-imploding.

There. Our civic duty is done for the day. Time for some non-Russian vodka.