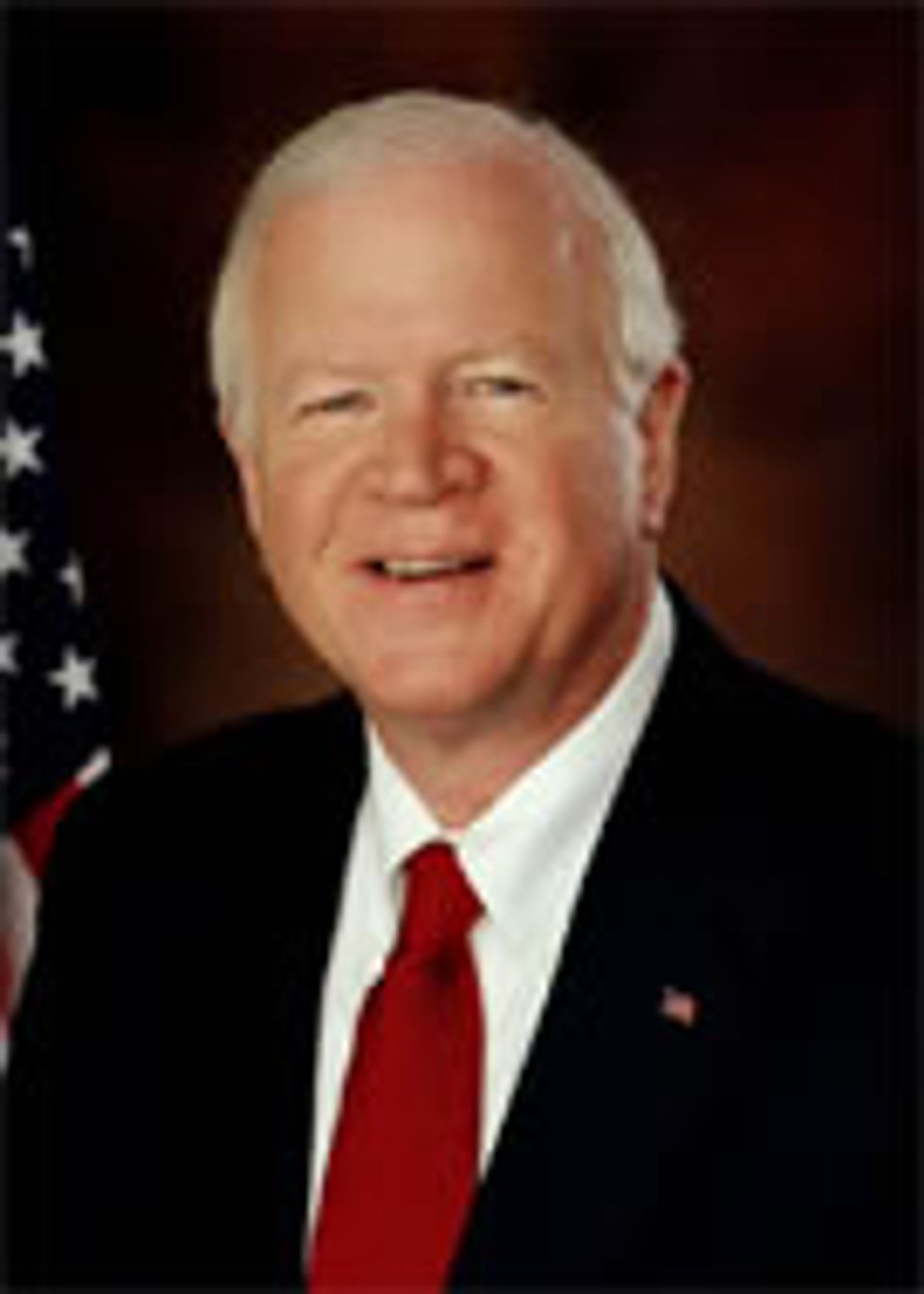 At the University of Georgia, a supersecret society of kinky hedonist plutocrats has spent years grooming its minions for high public office. This society is called "the Sigma Chi fraternity," and both Jim Martin and Saxby Chambliss were members in the early 1960s. To what foul overlords have Martin and Chambliss pledged their undying fealty, and what will this mean for the United States Senate when one of them is elected to represent the great state of Georgia?

Probably all it means is that, 40 years ago, both of these guys liked to drink a lot and get it on with gals wearing cone bras. But still, this is a great opportunity for Sigma Chi to shine on the national stage!

The chapter has declined to officially endorse either senatorial candidate, so lord only knows how voters will decide, without the informed political guidance of a fraternity chapter. Go Bulldogs, etc etc.