Signs And Wonders: The Dudepocalypse Is At Hand 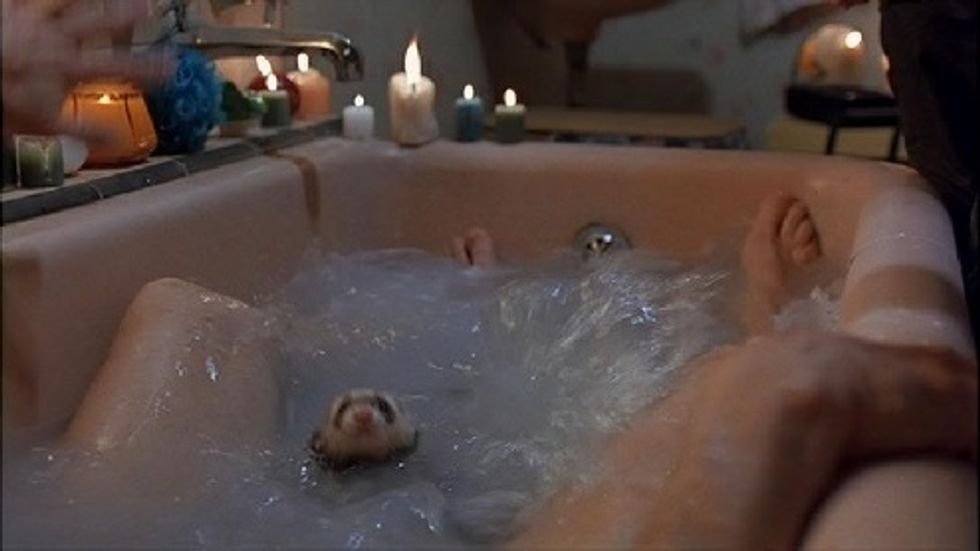 These two stories from yesterday have us convinced that the arc of the moral universe bends toward Lebowski:

1) An Arizona law banning ferrets from being brought into restaurants has gone into effect. The measure

Laws previously allowed several types of animals to be claimed as "service animals" and brought into restaurants and other facilities by people with disabilities, but the new law restricts the designation to dogs and miniature horses.

While ferrets are no longer allowed in restaurants, it is still apparently legal for Germans to wave them menacingly at unsuspecting bathers.