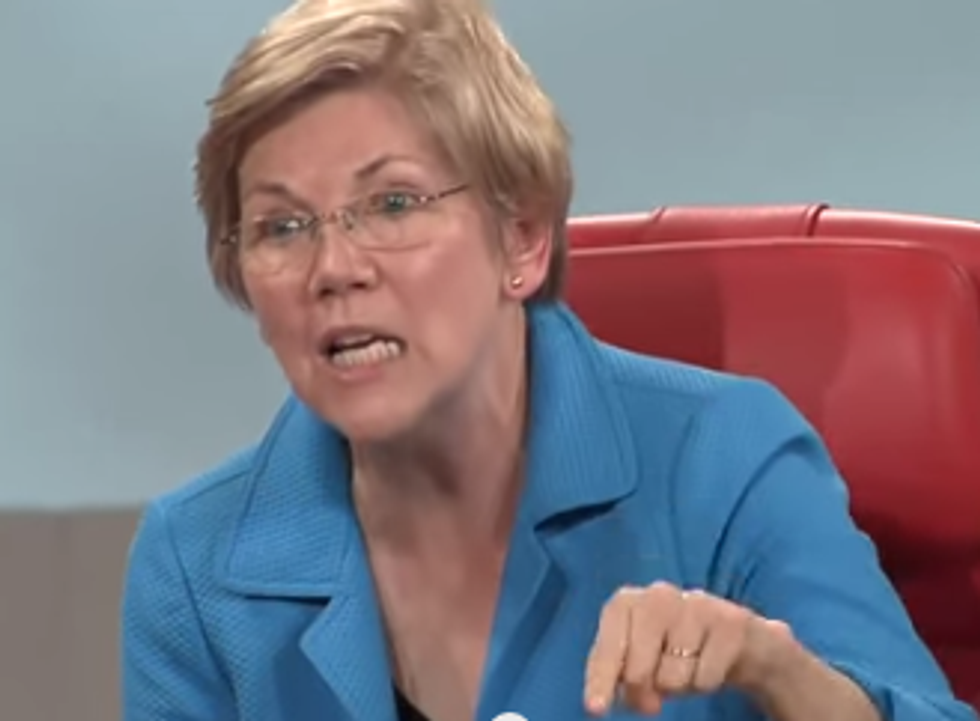 Has it been that kind of day for you? US TOO! So let us take a breather from all the ewwwwwww gross Duggary, what we have been telling you all about, YOU'RE WELCOME, and soothe our weary souls with our favoritest thing in the world, and YOUR favoritest thing in the world too: Sen. Elizabeth Warren, Queen of the Democrats and also queen of our liberal-progressive-whatever-we-call-ourselves-these-days hearts, telling it like it is, like A BOSS.

Here she is, at a Re/code conference in Silicon Valley, explaining why everything is effed up and bullcrap:

Too many of the people in Washington do not represent the folks who elected them. They represent the rich and the powerful, who don't want their taxes raised, who don't want to see any change, who are perfectly happy with things where they are. Indeed, they're doing great with things where they are. And they stay in the ear of enough of the folks in Washington that it has made it almost impossible to get any kind of change. The only way we get change is when enough people in this country say, "I'm mad as hell, and I'm fed up, and I'm not going to do this anymore. You are not going to go back and represent me in Washington DC if you are not willing to pass a meaningful infrastructure bill, if you are not willing to refinance student loan interest rates and stop dragging in billions of dollars in profits off the backs of kids who otherwise can't afford to go to college, if you don't say you're going to fund the NIH and the NISF because that is our future." [...]

You know, Senator, that's quite a lot. Yes and amen and we ARE mad as hell and fed up and we're going to NOT take it anymore (right after we buy ourselves an Elizabeth Warren coffee mug, ahem). Thank you, again and forever, for doing you, like you do, for all of us.