Sit Down, Shut Up, And Listen To Heather Heyer's Mama Right Now 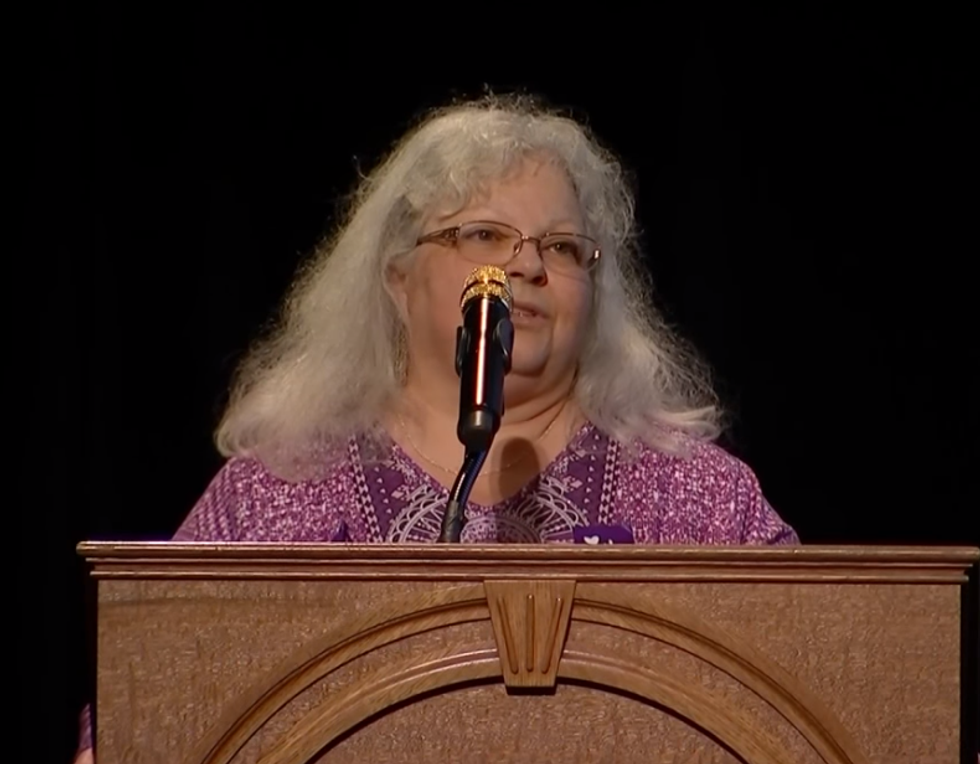 Today was the funeral for Heather Heyer, who was murdered by Nazis in Charlottesville last weekend, and we wanted to make sure you saw what her mama, Susan Bro, had to say. We don't have a bunch of pithy comments to make here, so we're going to give you a video, a transcript, then we're going to say it's your open thread. Got it? Video, transcript, cat picture ... shit, we fucked it up already.

We talked about politics. We talked about anything that caught her eye that she felt was fair, unfair, she would talk about her feelings about the office, and how things were going. I mean, she just talked. The girl loved to talk and she was single, so there was nobody to listen at home, so mama got a lot of it. And that was wonderful.

I had pictures from her childhood. But I had to go to Facebook to find pictures of my child because we were always together. I saw her a couple of times a month at least and we would text each other fairly often and Facebook message at bedtime, I love you, I love you, you're doing okay? Yep, I love you.

So I have no regrets on that part. Take pictures of the ones that you love because you don't know when they're not going to be there.

But here's what I want to say to you today. This could be a storm in a teacup and could all be for nothing. ... I could have said, look, let's don't do this publicly, let's have a small private funeral, but, you know, that's not who Heather was. Anybody who knew Heather said, yeah, this is the way she had to go, big and large. Had to have the world involved because that's my child. She's just that way. Always has been. And she will continue to be.

They tried to kill my child to shut her up. Well, guess what, you just magnified her.

You need to find in your heart that small spark of accountability. What is there that I can do to make the world a better place? What injustice do I see and what to turn away? "I don't want to get involved in that, I don't want to speak up, they'll be annoyed with me, my boss might think less of me." I don't care. You poke that finger at yourself like Heather would have done and you make it happen! You take that extra step. You find a way to make a difference in the world.

My child had a high school education, my child was no saint. She was hard to raise, because everything was a negotiation. Not kidding.

But, you know what, she was a firm believer in whatever she believed. And let's do that. Let's find that spark of conviction. Let's find in ourselves that action. Let's spread this. Let's have the uncomfortable dialogue.

It ain't easy sitting down and saying, well, why are you upset? It ain't easy sitting down and going, yeah, well, I think this way and I don't agree with you. But I'm going to respectfully listen to what you have to say. We're not going to sit around and shake hands and go Kumbaya and I'm sorry, it is not all about forgiveness. I know that that's not a popular trend.

If you ever want to see what one of those dialogues look like, look at her Facebook posts. I'm telling you, they were rough sometimes. But they were dialogues. And the conversations have to happen. That's the only way we're going to carry Heather's spark through.

So, remember in your heart, if you're not outraged, you're not paying attention. And I want you to pay attention, find what's wrong, don't ignore it, don't look the other way, you make a point to look at it, and say to yourself, what can I do to make a difference? And that's how you're going to make my child's death worthwhile. I'd rather have my child, but by golly, if I got to give her up, we're going to make it count.

Now you are in tears, and now you may have an open thread.

Wonkette salaries are fully paid by loving folks like you! If you love us, click below to fund us!