Sketchy 'Activist' Trying To Sex You Is Just an Undercover Cop, Probably 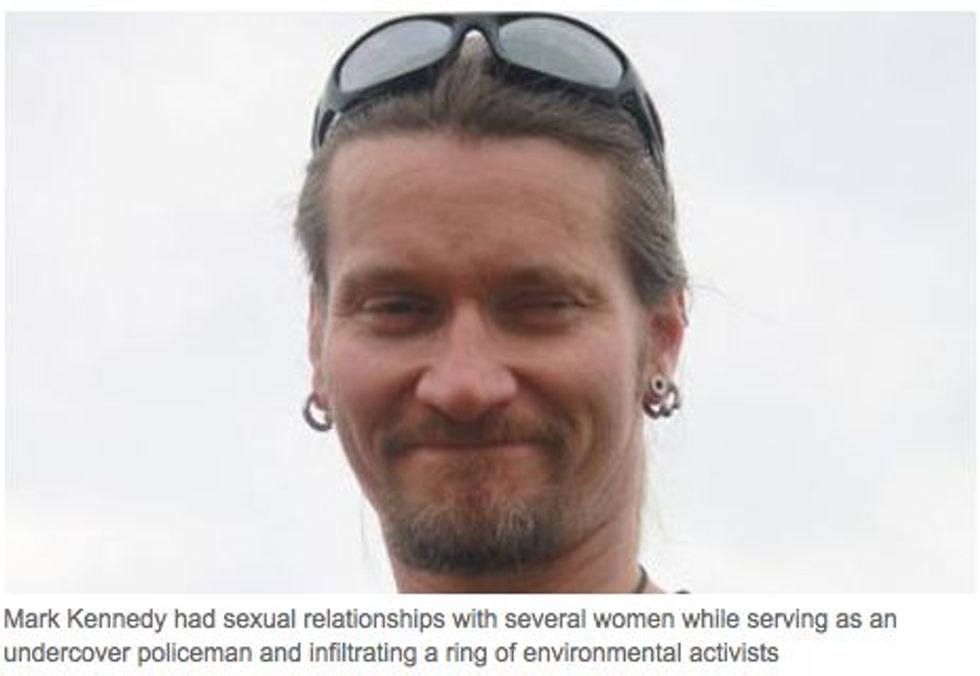 Do you like to protest against the 1% and also rage against the machine and also find sex partners at the various activist actions? WATCH OUT, and not just for the usual reasons of venereal disease and having some dude never leave your couch. Undercover police are increasingly being given orders to have sexytime with young, sexy activists. Totally legal, at least in England, right now! (So Obama probably already made it "legal" in America, with a "signing statement.")

Undercover police officers routinely adopted a tactic of "promiscuity" with the blessing of senior commanders, according to a former agent who worked in a secretive unit of the Metropolitan police for four years.

The former undercover policeman claims that sexual relationships with activists were sanctioned for both men and women officers infiltrating anarchist, left-wing and environmental groups. Sex was a tool to help officers blend in, the officer claimed, and was widely used as a technique to glean intelligence.

Must be a super-sexy leftist infiltrator who is sexing the leftists, right? Maybe somebody like Che, or Angela Davis, right? NO NOT RIGHT: