Skipping Democratic National Conventions: It's All The Rage In Washington! 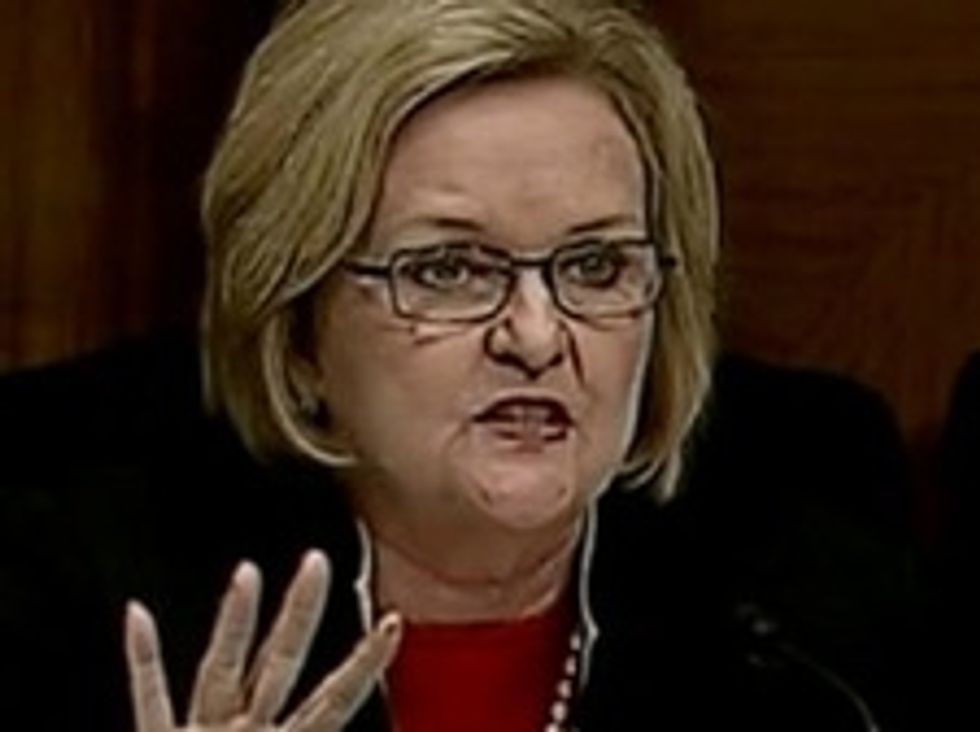 Who's not going to the Democratic National Convention now?Why it's Democratic Sen. Claire McCaskill, because she is going to lose her re-election bid. Her excuse: She wants to spend more time talking to voters! "Generally speaking, Claire has not gone to the national convention when she is on the ballot because she believes it's important to spend as much time as possible in the state of Missouri and talking with voters," says her spokesperson. What the spokesperson means is, she doesn't want to be seen in the 10,000-person gay Mexican commie orgy that the Democratic National Convention devolves into by hour two, every time.

McCaskill joins West Virginia Sen. Joe Manchin, who has pledged to shoot all Democrats in his bid to win reelection as a Democrat, and many others who will be too busy Talking With Voters to attend the big libtard party:

What do they have against Charlotte, the most boring banker city on Earth?