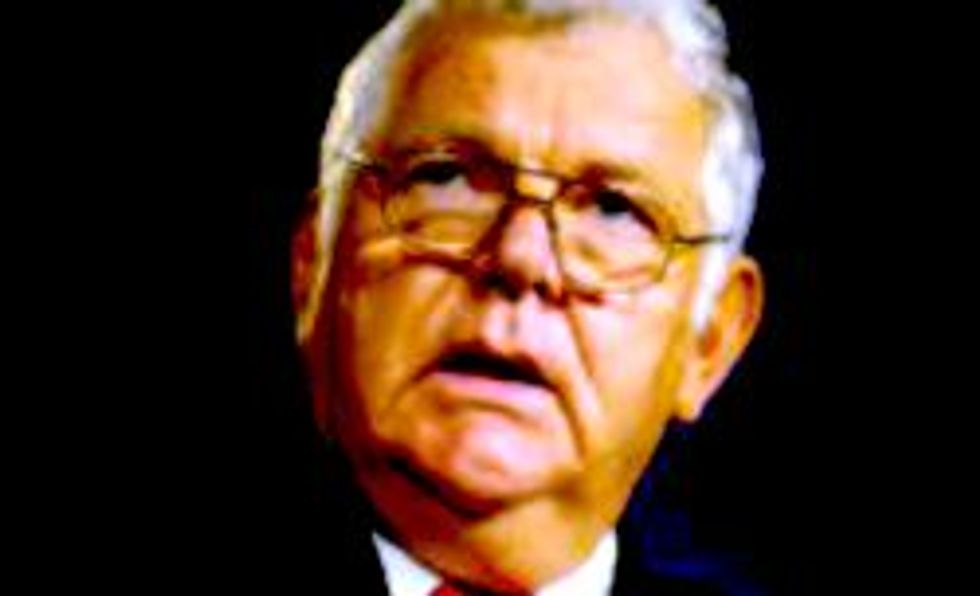 Bloated GOP gambling addict William Bennett makes his millions in many ways, such as his storied tenure on the board of somesketchy "online charter school" that siphons taxpayer money from real public schools. (It was started by Goldman Sachs executives and convicted felon Michael Milken, of course. Bennett "resigned" from the K12 board after an unusually straightforward series of crazed racist ranting about his desire to kill all black children on his own wingnut talk radio program, but there was never a claim that he divested from the corporation.) He also poops out unwanted books now and then, which is one of the more bizarre parts of the American media economy, and is also paid money by CNN both for appearing on its endless, unwatched jabbering panelists programs and also for providing shitty excerpts from his latest book as "web content." And still, with such a gravy train, this is a person who could only find fulfillment by punching lighted buttons on slot machines like a senile old lady with her oxygen tank parked next to her ashtray. What conservative trope has Bennett dug up and crapped out in book form this time? Oh something about how when "we" (conservative men) weren't looking, the womens went and stole "our" prestige and jobs and whatever.

What unpaid intern was forced to type up this garbage?

For the first time in history, women are better educated, more ambitious and arguably more successful than men. Now, society has rightly celebrated the ascension of one sex. We said, "You go girl," and they went. We celebrate the ascension of women but what will we do about what appears to be the very real decline of the other sex?

You go girl. As Orwell wrote, Hell is William Bennett sitting on your face forever, saying "You go girl."

Anyway, this idiotic CNN blog post is full of exciting pre-2008 data, so it's kind of "nostalgic" the way men were only at 20% unemployment before the economic collapse. (The number is 45% today.) Women ought get back in the kitchen or whatever! And cook up a nice plate of air, since the vast majority of households have been unable to feed families on a single income for three decades now ... you know, since the time when bloated gambling-addicted scam-artist William Bennett was in the White House, under Reagan. [CNN via Wonkette champion operative chascates]