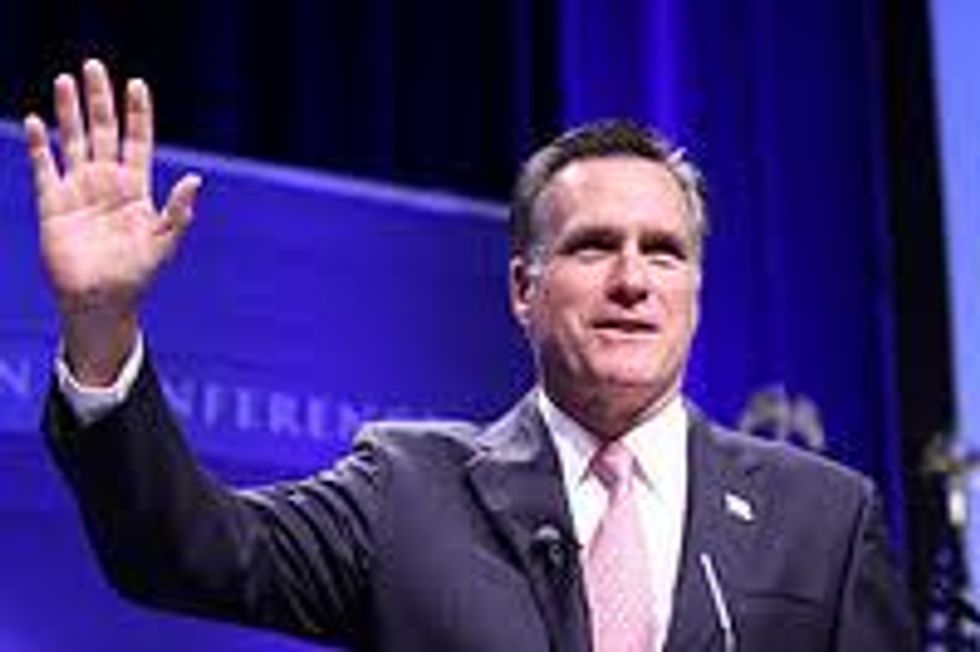 So just how "strictly conservative" is Mitt Romney? Eh, depends what part of his menstrual cycle he's in. (Just kidding. Mitt Romney is alwayssimultaneously pregnant and on the rag.)

Every since Mitt Romney first tossed his hat into the presidential sweepstakes in 2007, he has repeatedly maintained that he opposes same-sex marriages and has always portrayed himself as a champion of traditional marriage.

More than any other action by Romney, these special licenses demonstrated where his heart was on the same-sex marriage issue since they were purely discretionary. There was no mandate forcing Romney to issue such licenses. This calls into question his authenticity as an alleged social conservative candidate.

Why won't Mitt Romney personally slap gays in the face (with a riding crop, juuuust so)? Whaddaya say, Wisconsin? We can haz Santorum now?