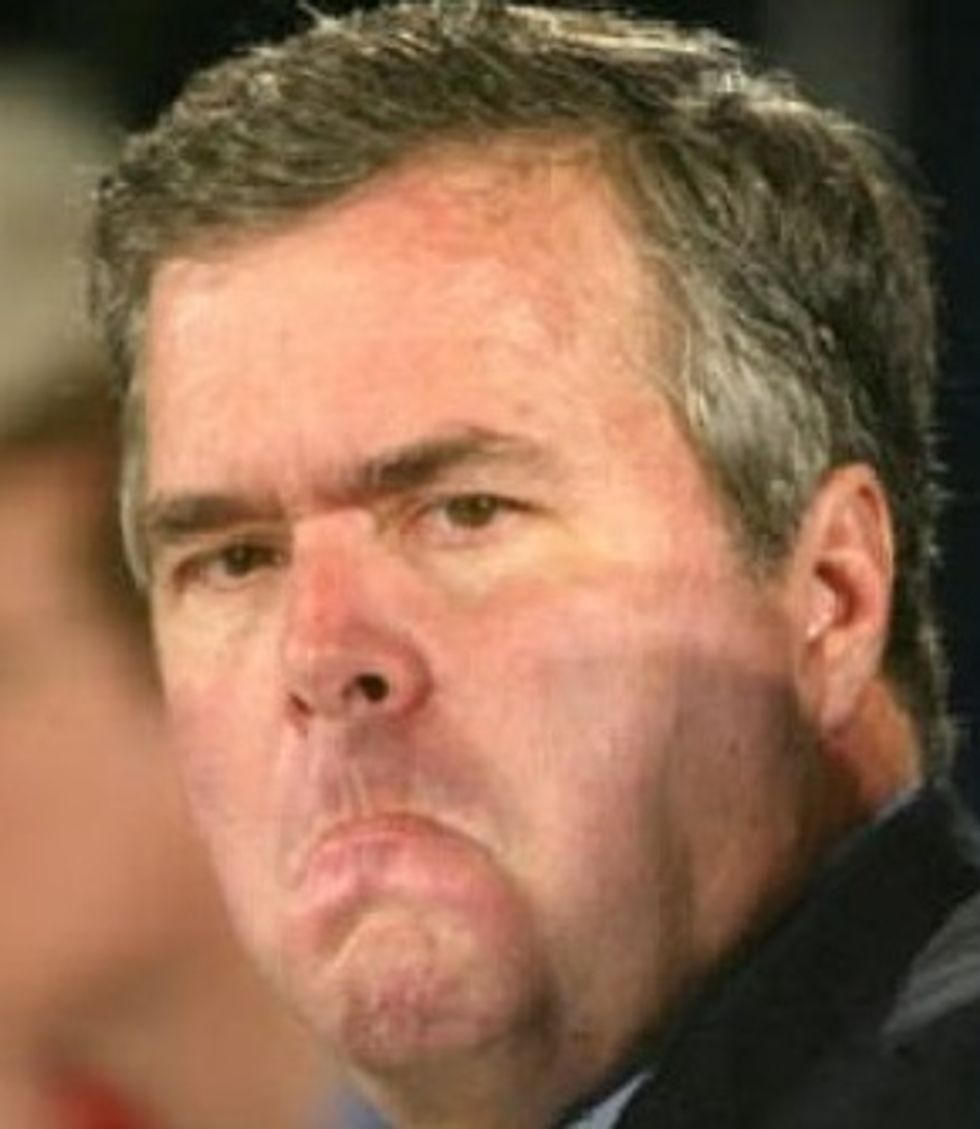 Jeb Bush, the slightly less odious brother of former President George W. Bush, delighted the nation when he revealed he wouldn't be running for Florida's open Senate seat because huzzah, an election without Bushes! But even if he's skipping the rounds for 2010, might he have bigger ambitions in mind for 2012?

Here is the thing: no Republican who is actually serious about getting elected president would possibly entertain the idea of running in 2012. Right? It's just not that easy to knock out an incumbent president, even if that person has just sucked wildly from day 1 (see the 2004 election for more details).

Plus Bush says in this Esquire interview with die-hard Wonkette fan Tucker Carlson that he wasn't interested in running for president in 2008, anyhow, and "Frankly I don't wake up each day assuming I'm the solution to life's problems."

He also says, regarding socialism:

Define socialism for me. It's a word... I believe he's a collectivist. He believes that through collective action, through government, you can solve more problems. [...] Socialism is pejorative in America, so people stop listening. People are tired of it. That word won't stick. It's a turnoff. It doesn't help.

Well, fine. Best quote of the interview comes from the interviewer: "[A]fter two years out of the governor's mansion, Bush seems a little out of practice at this interview business." Yeah! You don't want to sound reasonable in these interview things, for God's sake.

Jeb Bush: The Future of the Republican Party [Esquire]