Snipy's Halcyon Days At Yr Wonkette Were Far Too Few 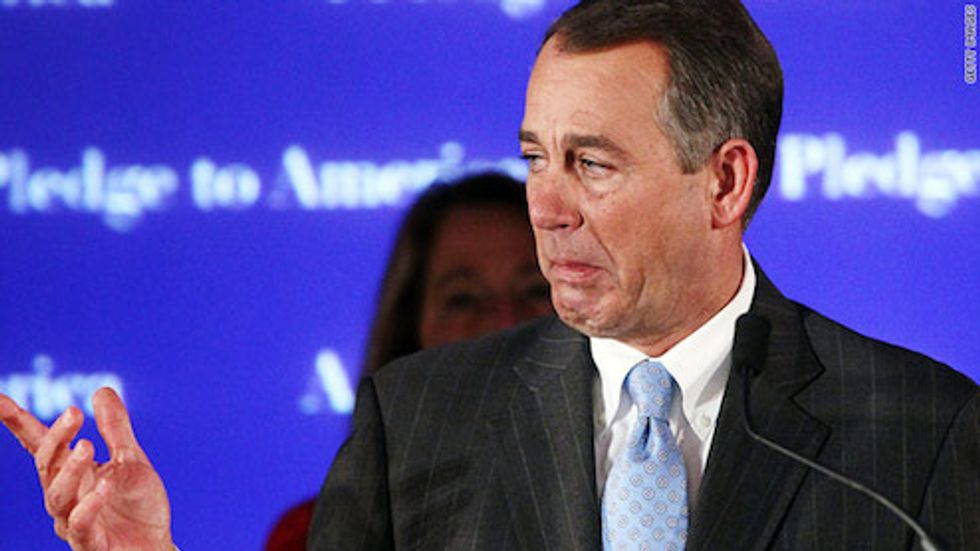 Once upon a time, I had a dream. It wasn't like a Martin Luther King Jr. type get to the mountaintop dream. It was just one of your run-of-the-mill approaching middle age staring into the existential maw and wishing something would pull you back from the precipice things. And lo, there was Wonkette. My beacon, my thousand points of light, my star that led people to Baby Jesus which probably has a special star name but I am too lazy to look.

For many months, I toiled in pseudonymity at yr Wonkette while also working at my government job, always keeping the two separate because of pesky things like what how people do not want their government servants to mock politicians and make dick jokes on the internet all day, because it is bad form, or a waste of precious taxpayer resources, or some other whiny little thing. But I was happy, people, so happy. I woke each day with a song in my heart, a smile on my face, and one million pounds of snark in my soul. I got to yell about Larry Klayman on a near-constant basis. I got to wonk out with my metaphorical cock out over things like the terrible infrastructural failures of free school lunch programs and got to learn that there are places in America where people just stone cold throw away poor kids' lunches in front of them, for freedom. How could I not be happy? How could I not feel #blessed?

But then one day, the Editrix came to me and said "oh hey, I would like to do an entertainment blog. Perhaps you, too, would like to do an entertainment blog for me, for actual monies?" Then I finished jumping up and down with glee, which is not actually a thing that happens, given my stoic German and Midwestern background. And thus I came out of the closet (hahaha not THAT closet, silly. 'Trix revealed my female lesbian-ness to the world long before that.) and began using my real name over at HappyNiceTimePeople.com. This should have been the kickoff to a frabjous life, but instead I learned that entertainment and gossip news is an infinite loop of Justin Bieber videos and Kim Kardashian selfies, and then I realized that perhaps I should have stuck with writing about legislative shitmuffins even though that shitmuffin graphic is really really disturbing and icky. I've learned to live with my life choices, but occasionally Rebecca demands that I write something here, and my sorrow begin anew, so I'll be celebrating this bittersweet Wonkiversary with regret and bourbon and John Boehner style tears, which is really no different than any other week really.