Socialist Millennials Will Be The Next Reagan Youth. Also: Confused 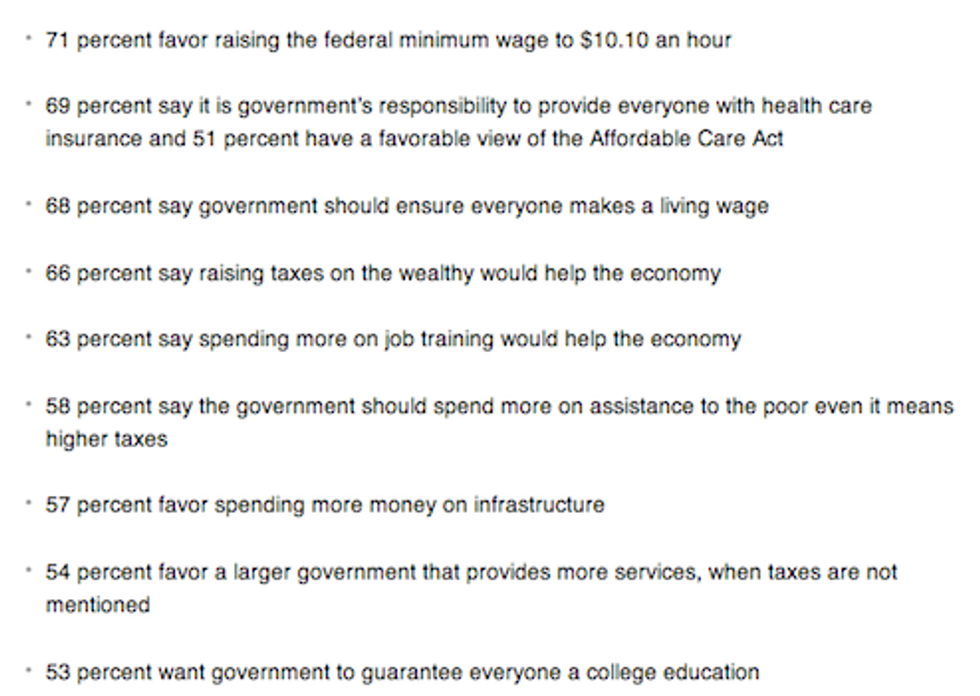 The fun libertarians (just kidding) at Reason have a big new poll out about Millennials -- okay, not "about" Millennials, as in that case the answer would just be "Millennials suck," but rather asking Millennials for their "thoughts" about "stuff." Luckily, the poll confirms everything we have been saying about them since 1986 or so: these little fuckers will be the next Reagan Youth. They are all "waah, cut government" and "waaah, cut Social Security" and "waaah, Obama did not give me anything except reduced student loan payments and health insurance so I do not die of easily preventable diseases and some SNAP benefits so I do not die of scurvy and extended unemployment benefits so I do not die of homelessness except I never held a job long enough to qualify because I quit once I found out the boss of the business was going to tell me to do stuff, HOW IS THAT EVEN FAIR I HAVE RIGHTS, MAAAAAN and also Obama did drones :( gonna update my tumblr brb."

Oh, and also all Millennials are Socialists. Socialists who want to cut the government and Social Security. Let's sexplore!

Here, let us take a screenshot of all the ways Millennials are Socialists according to this Reason/Rupe poll, because we are Gen X so we know how to get the job done without a lot of wasted effort:

We agree with you on all those things, young pals! Also you all love gay marriage and pot, and we are with you there too! Good job, you have now had the pat on the head that is apparently in the Millennials' Bill of Rights. Now let us look at where you are, in the common parlance, fucking idiots:

Okay, so that last one's good. Whoever wrote up the Reason poll for Reason obviously cut the list of findings too soon and meant to include it among the section on "filthy fucking hippie beliefs."