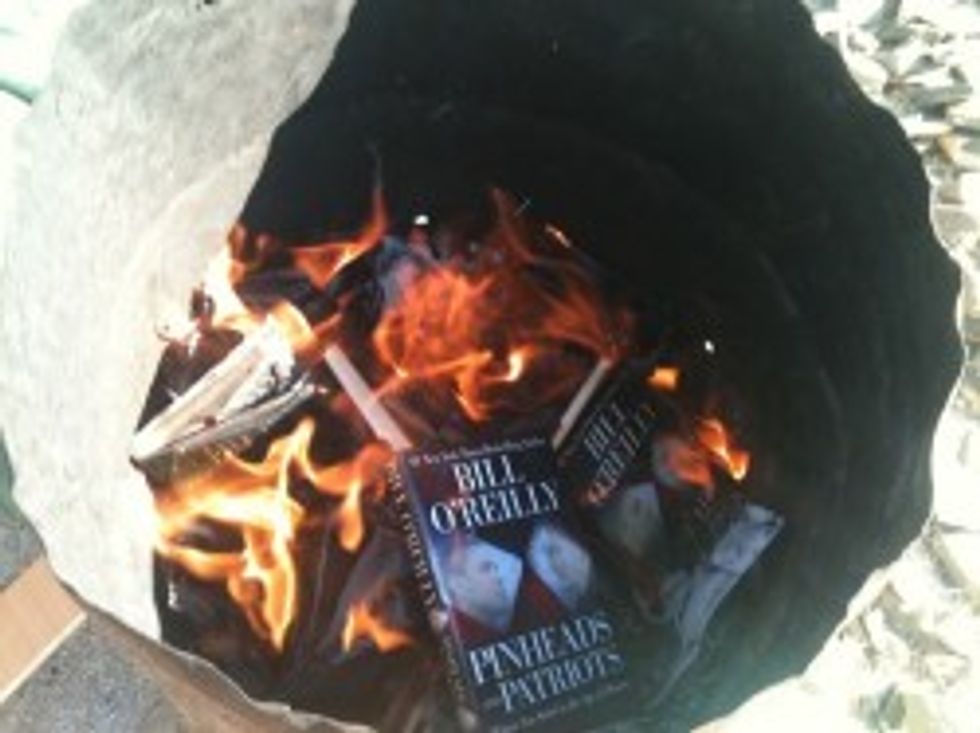 From the Everqueer tumblr, which is maintained by an anonymous soldier:

Some jerk sent us two boxes of this awful book (SPOILER ALERT: George Washington - Patriot; George Soros - Pinhead) instead of anything soldiers at a remote outpost in Afghanistan might need, like, say, food or soap. Just burned the whole lot of them on my Commander’s orders.

The soldier later noted that this was mostly to preserve space, but that, eh, he still enjoyed burning them.

The motivation behind the order to burn them was not political. As mentioned in the original post, we are in an extraordinarily remote location. We don’t have a post office here, so sending them back wasn’t an option. Extra space is scarce and alternatives that a few mentioned, like recycling, are nonexistent. All waste is burned on the base and in town; wood and paper goes in that barrel. I was getting rid of a bunch of cardboard boxes and the books were in the burn pile. There were 20 of them. I saved one for the bookshelf. I’m aware of the historical implications of book-burning. I won’t say I didn’t take pleasure in removing a few copies of this bigoted twerp’s writings from circulation, but the reason for doing so was military necessity.

Sure sure, "military necessity," but it would have been fine just to say it was because Bill O'Reilly is a "bigoted twerp," because that's all that needs to be said. [Everqueer via Gawker]