Some Douche Pretty Sure Wendy Davis Could Have Carried Baby To Term In Her Fallopian Tube, Because Science 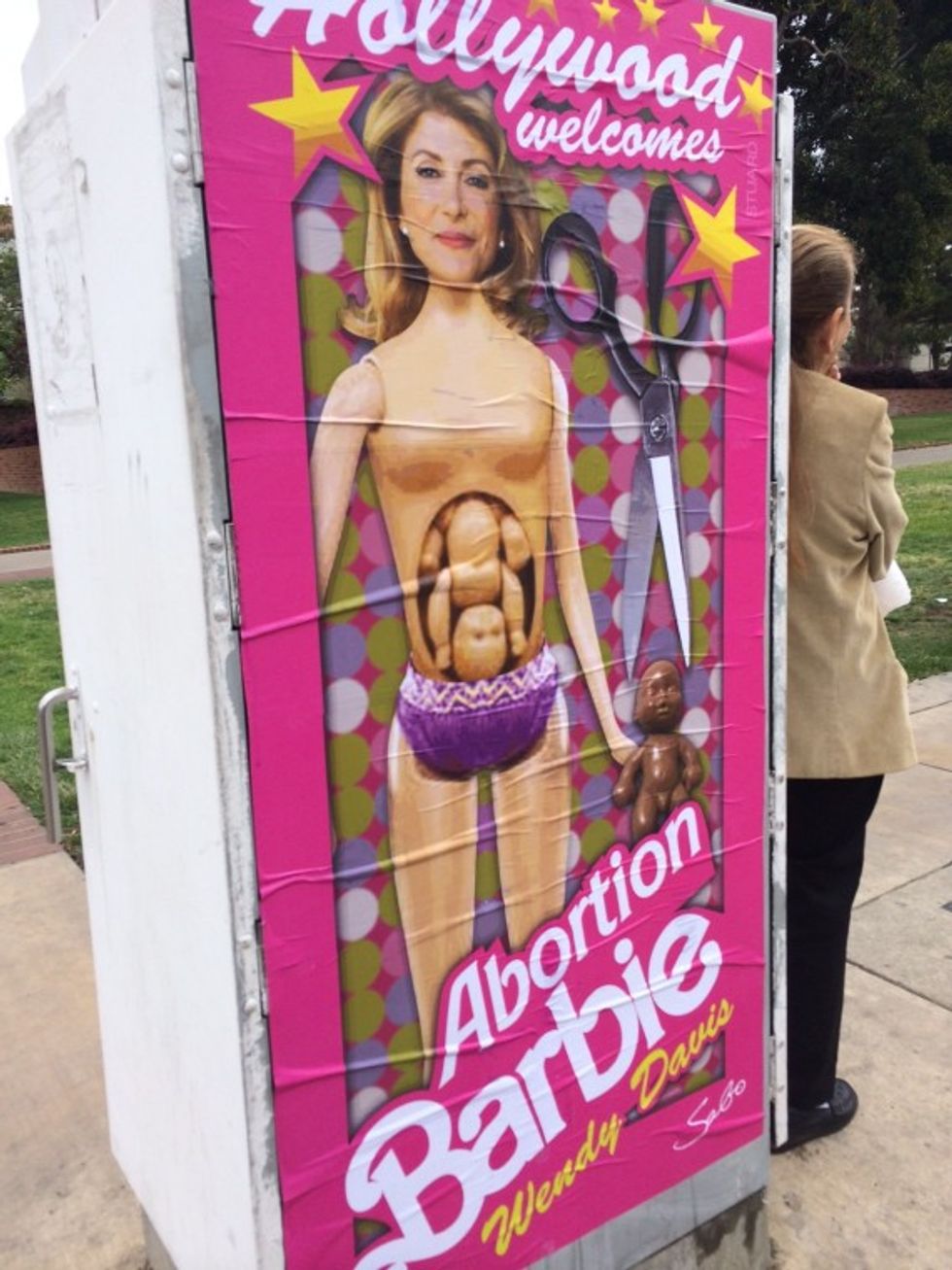 Wendy Davis, she's this lady. Turn-ons include running for Texas governor, being a Demoncrap, and murdering all the babbies. But! Some douche from LifeSiteNews, writing at NRO, thinks she didn't even abortion her own two babbies after all, because he doesn't know how fallopian tubes work we guess, and also other "reasons" that are not actually "reasons" at all! Imagine that! Great Buckley's Ghost,tell us about how Wendy Davis is super-definitely lying about her ectopic pregnancy and the other one where her unborn daughter had some terrible pre-birth brain-illness, and Davis and her family decided the most loving thing to do was shmashmortion her, please!

[Operation Rescue "senior policy analyst" (giggle) Cheryl Sullenger] said that “only Ms. Davis knows the truth about her alleged abortions. We simply do not know the circumstances of Wendy Davis’s apparent abortions.” Sullenger noted that “it is extremely rare — if not non-existent — for a woman to have an abortion because the pregnancy posed a risk to her life. As for fetal anomalies, it simply isn’t necessary to abort a child because he or she is sick or has a medical condition.”

“It would be disturbing to think that she may be using her abortions as a way to gain political favor with Democratic voters,” Sullenger added.

Did you hear that, ladies? Operation Rescue's "senior policy analyst" (chuckle) thinks it is "extremely rare -- if not non-existent" -- to have a pregnancy threaten the life of the mother. And it is! If you think a rate of 19 ectopic pregnancies per 1000 pregnancies is "rare -- if not non-existent." BRB, gonna call our sister and ask her why she didn't just man up and carry her fallopian tube babby to term, especially since maternal mortality from ectopic pregnancy has fallen from 35 per 10,000 to only 3.8 per 10,000. We are liking those odds! Shut up and be a real woman, woman! Nurture the baby in your cervix (?!) with your womanly blood-food, there, in your cervix, like Jesus never said all those times in the Bible!

Also, it is a good thing to know from Operation Rescue's "senior policy analyst" (guffaw till vomit) knows that is never necessary to abort a child because she is sick. Definitely never.

The rest of this douche's column is about how abortion makes women mentally ill, so you know it has lots of science and stuff behind it, and also Wendy Davis is mentally ill because she had abortions that made her mentally ill even though she is probably lying about even having them in the first place, and also the Gateway Pundit knows terminating an ectopic pregnancy is not even abortion even though Operation Rescue's "senior policy analyst" (shoots heroin into eyeball) says there is no need to abortion an ectopic pregnancy because it is unfair to all the babies who would totally be brought to term in their mommies' fallopian tubes, and whom we are guessing was probably homeschooled, probably.

We have an idea! How about shut the fuck up and give some money to Wendy Davis.