Some Guy Yelled At Ivanka Trump On A Plane And Everyone Is All OH MY STARS! 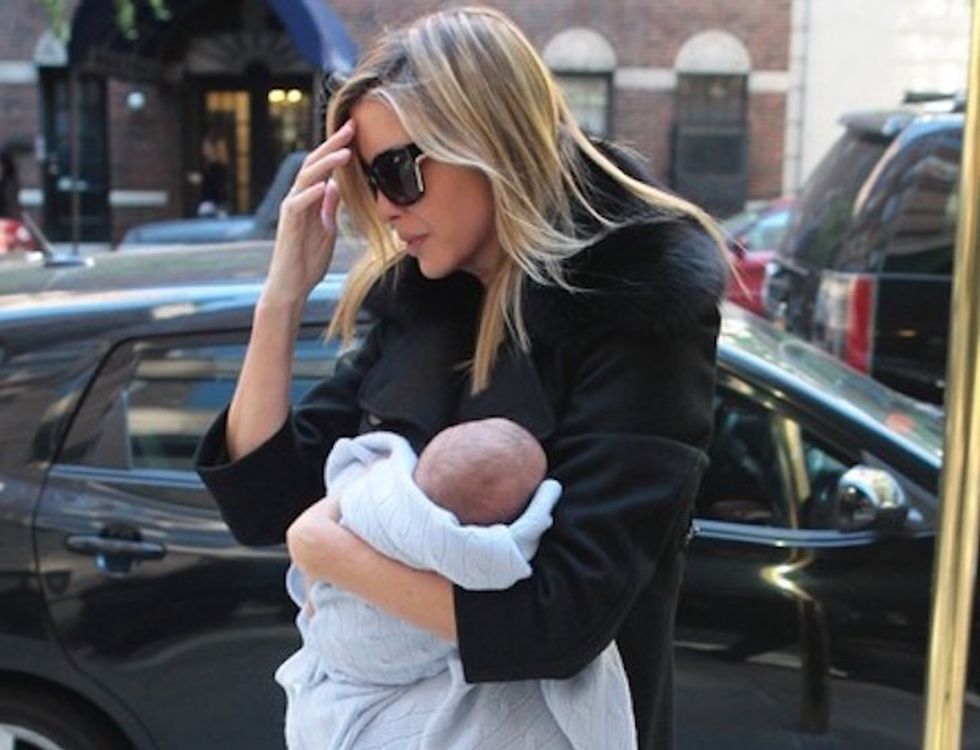 A guy yelled at Ivanka Trump on a plane. You can go to TalkingPointsMemo for the actual details, because we don't care about those at all. We will be exploring, instead, the question of "Yelling at Ivanka Trump on a plane, should you do it?" Having argued this question for the better part of an hour on Twitter just now, I'm confident -- for the most part, with some caveats -- the answer will be "you do you, baby."

But Ivanka was yelled at in front of her kids. This is terrible and so uncivil and completely the worst.

The presence of children is not an automatic force field from being confronted -- though one hopes not in a truly abusive way. I have had complete strangers try to run me down on the freeway -- with my child in the car -- and scream at me to go back to Germany, because anyone with a John Kerry bumper sticker was obviously a communist, which they also screamed at me. And those instances were big men threatening me merely because I chose to exercise my right to free speech and my right to the franchise. They were not "speaking truth to power," as the old saying goes; they were trying to exercise theirs over me. I did not cry and whine and wail in victimhood at the death of civility; one fellow, I followed into a (safe, public) place, and calmly confronted. He scurried away like a rat from my giant five-foot-two. People on the Right have tried to bully people who disagree with them for decades now. Sometimes they got them fired, sometimes far worse. Some lefties of late have been doing the same, and I don't like it either. But registering your dissent -- even in a heated tone, even in front of the children -- is the definition of American. It's "what freedom sounds like." Just ask Mike Pence.

The guy who yelled at Ivanka Trump is a gay guy, and he was holding his child in his arms while he gave her a piece of his mind. Trump and Mike Pence's nominees to the Supreme Court will without any doubt try to undo the protections for gay marriage -- for families with kids just like his. That same SCOTUS may find that religious beliefs allow you to deny accommodation to a mixed-race family. "But the children" is a ridiculous plaint when other children face far greater threats than "someone was mad at my mom it sure was uncomfortable"; but when we prize "civility" above all, those children don't matter. Only the feelings of Trumpenkinder do.

So if it happened to you it should happen to everyone?

Let's put it this way: a woman on the transition team for Donald Trump should not be freer from repercussion than a private citizen doing nothing but driving down the freeway while voting for a Democrat.

So just anything goes and we should be a gross society that is just out of control at all times?

Oh dear no. I'm afraid I'm not very anarchist-Black Bloc at all. For one thing, there's a difference between "yelling" and "screaming." When you're yelling, you're mad, you're passionate, you have FEELINGS ABOUT THIS THING, but you're not so far gone that your friends can't pull you away and calm you down and talk some sense into you. When you're screaming, you're out of control, your face contorted, and that white hot rage could allow you to snap and do violence. It -- all on its lonesome -- is a threat that you may do the other person harm. That's why abusive partners scream, to induce fear and exercise control.

I never think threats are okay, or instilling fear of what may happen if you don't comply, or violence. (Okay, a punch in the nose to defend another, I'm old-fashioned like that.)

For another thing, let's stipulate that we're talking about public figures here (and most particularly, political officials, which, as she's on the transition, IVANKA TRUMP IS), please, not women who are doing the crime of Being Latina While Shopping, or Being A Person Who Works At Chik-Fil-A.

Michelle Obama is both a public figure and does policy stuff -- should everybody walk up to her and yell at her constantly in front of the girls?

Well, I'd rather they didn't! But fine Americans made their dissent known to her already in so very many ways, and I can't imagine the Obamas have been able to shield Malia and Sasha from every picture of their mom as a marvelous gorilla. I certainly didn't like it when Gov. Jan Brewer waved her finger in President Obama's face, even though that was the very definition of speaking truth to power. But you'll forgive me for noting that I can't think of another president who was treated this way by high-level government officials, and that the really shocking and brazen disrespect (YOU LIE!) only became apparent for our first black president. Now that he's leaving, of course, it's time for respect again. All y'all can fuck right off with that.

So we should get to yell at you in public, huh? Let's all yell in public at you!

You really haven't been listening at all, have you? Sigh. You never, ever do.

Well, if you want the person you're "communicating" with to actually hear you, yes, a calm tone and quiet voice will be much more effective. Otherwise they just go "that dude's cray."

Wait a minute, where was Jared Kushner in all this?

Standing right there, not sticking up for his wife. You can bet your ass my husband would have had a thing to say to anyone yelling at me, whether they were correct or not. But some of us are married to Kushners, and some to Shypixels, and today won't be the last day I'm glad I'm me and not her.