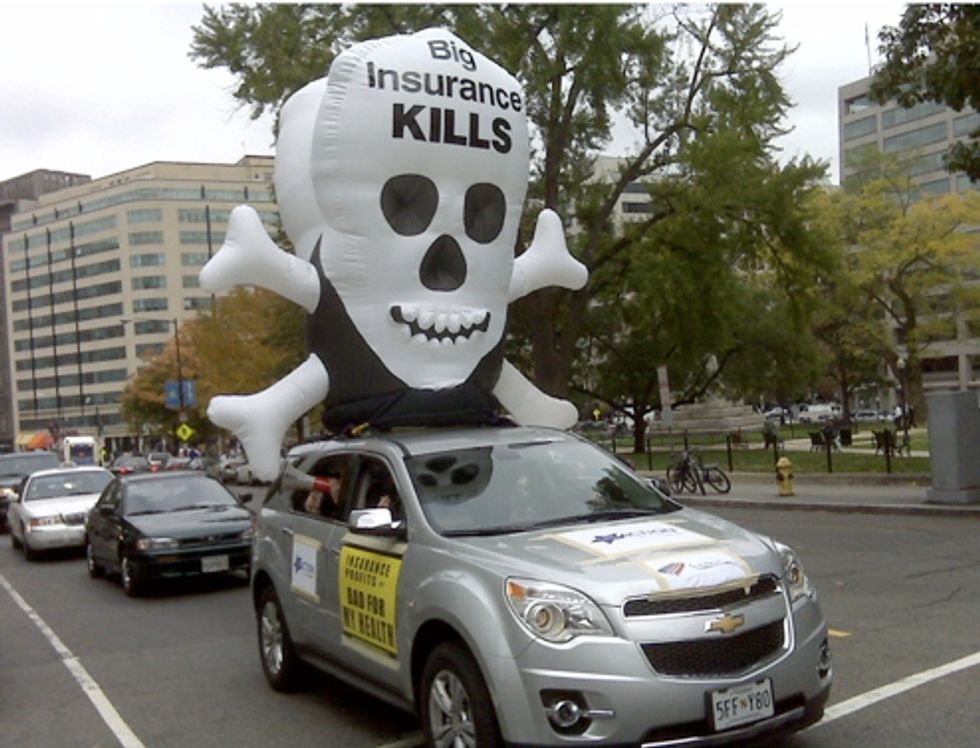 Once upon a time, there was a nice man named Sergio Branco who lived in New Jersey with his wife and kids, working for a waste management company called Russell Reid on weekdays and hosting large barbeques for his family and friends on the weekends. Then one day, Russell Reid did not feel so well, and after taking three months off work (as sanctioned by the Family Medical Leave Act) to seek medical treatment, he learned that he was suffering from acute myeloid leukemia, which would kill him if he didn't get a bone marrow transplant.

Sergio was sad that he had leukemia but happy on the other hand that he had medical insurance through his job, until the three months of the FMLA was over and his job fired him.

But that was STILL not so bad because he could at least take advantage of COBRA, or so he thought:

Branco was fired on April 30, so he had until June 30 to decide whether or not he wanted COBRA. After that, the payments would be due...and payments were not due until July...

So on or about May 24, [Sergio's wife Mara] Branco filled out the paperwork and mailed a check to Paychex for the first month of coverage.

Paychex cashed the check on June 11.

...And then a couple weeks later, give or take, the hospital said that they may not be able to give any more treatment because Sergio did not have insurance coverage.

And then Sergio's wife entered a Kafka-esque nightmare wherein she tried, oh how she tried, to give Paychex the 26 cents that she owed them, and Paychex refused to take it because Russell Reid (Sergio's old employer) had told them not to, and Russell Reid claimed that they weren't sure what exactly what was going on and promised to look into it but never did, and on July 2 Paychex sent them a letter telling them they had no health insurance coverage and returned the $518 check.

We asked [Russell Reid HR Rep Rich] Gross if he had told Paychex not to accept payments from the Brancos, but he refused to answer the question. We also asked about the calls [made on Branco's behalf] from [the Department of Labor].

"They’ve given us some feedback, but the feedback has been incorrect," he said without giving further clarification.

We also reached out to Paychex, which asked for time to review the situation. About 12 hours after we last spoke to Gross, Paychex had an encouraging answer.

We asked for clarification. Did that mean Branco would be reinstated?

"We are very ardently working on the situation with all parties including the carrier, and the decision ultimately rests with the carrier," Saxby Lynch said.

More delays and more finger-pointing while a man’s life is on the line. All over 26 cents.

Well to be FAIR, 26 cents is a lot of money to some people! You can't just DECIDE what you want to pay for a service and then pay that amount; this is not how the free market works! What would happen if everyone just decided to shave 26 cents off a bill here, 26 cents there? It would be chaos, that's what would happen.

Anyway, Sergio Branco has apparently had his health coverage "reinstated for the time being," and has his transplant scheduled on August 16. See? All is well that ends well! The moral of the story, therefore, is that the free market works and that we should all trust our health care to it.